I was quite hyped up for the debut album from Ondfødt, after hearing their teaser songs and gazed on the great cover art by Karmazid i was on a "no return" presumption ride... luckily i was NOT letdown by the Finnish / Norwegian (?) witching hell manifestations that pour over from this cauldron ! 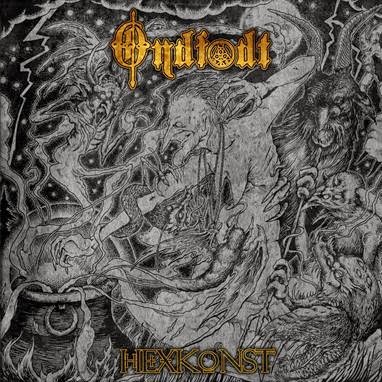 Once again i get great music to sink my chipped teeth into!

After a murky mood inducing intro the first song "Bloodspill" cuts loose with its ass whipping music which has a very Norwegian sound with some hints of Swedish esoteric underground here and there...not so much of a Finnish vibe.... whatever it all sounds right on the money with a well balanced production and the bands blasphemous conviction comes through greatly.
Song three "Faensgyte" is one of the albums stronger slabs and will surly get your blood pulsate higher with its christ ripping riffs and an ominous invoking mid part.
On all tracks the vocals is quite varied, from semi harsh attacks to some witch with mental disorders to clean backing hymns harking from the days of old.

My second and third "best picks" of this album is the album titel-track "Hexkonst" which has a very good slow mid part with both cold and desperate feelings in bundles.
Third one is "Midvintermarsch" that is the albums longest and most epic songs with varied, strong and interesting compositions through out. A suitable last harsh final!
The outro "Sorgens Skyer " is worth an extra mention as it is a beautiful  piano piece that feels chilling and sorrowful and sounds like it was recorded inside a frost bitten tower of solitude, feelings of great loss rounds of this good debut album of Ondfødt.

So if you are after a album that both keeps the spirit of the second wave & infuse enough of personal soul & guts this is something for you, the only complain i have is that it is a tad short but i guess i can look forward to more music from them. 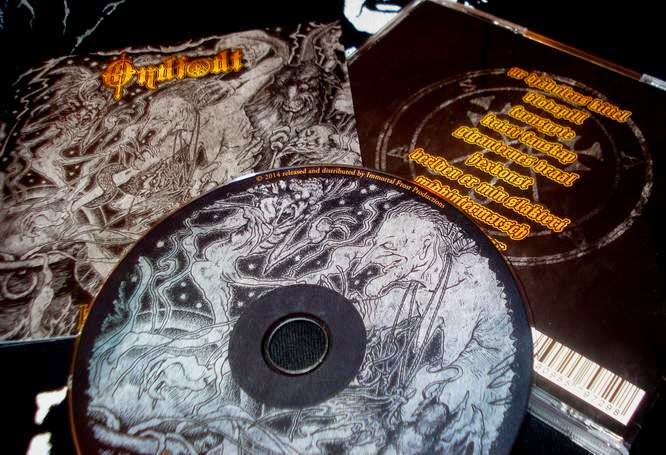