After enjoying their debut album with all the blistering Finnish attacks one did not hesitate to dig into this
follow-up album! 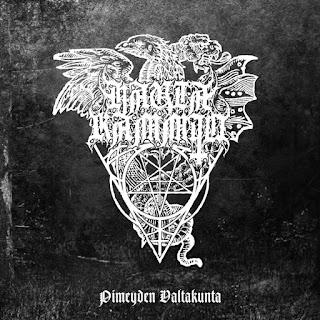 Although this album keeps somewhat their former type of straight evil energy i would say that "Pimeyden valtakunta" takes a step back and creates its spells with a more thoughtful and self aware stance, the melodies gets some more room inside the crypt so to speak with guitars leading (could be a bit higher in the mix for my taste) with some good composing but also the drums has a quite strong presence along with the raspy  manic vocals and a doomy bass. (that feels like a dark sea engulfing it all.)
it has some nice and heavy Horna feeling to it all which can never be a wrong thing in my book.

The sound has a more dusty production this time but it has enough punch to it so i wont complain.

The best tracks from these 6 ones i would say the first one, third one and the last one especially the last bit of the last song "Rituaali" has a really a nice "embracing the end" vibe to it, both melancholic and calm but inside Hautakammios pumelting (and a bit transforming) world that is...

A good second album from this promising Finnish horde that is worth getting by all means. 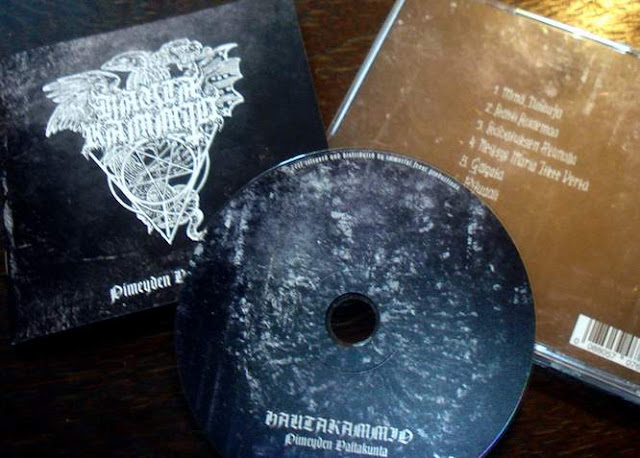