What more fitting song can there be to this end of times when the veil is lifting?
I am talking about the opening track "The Beast of Revelation" which is a grand yet sorrowful song that really sucks you into this first full album from this Finnish band Oath! 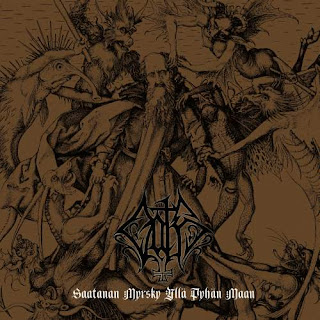 You will also feel right at home as the music you´ll find here is very traditional...in a good way of course. Besides the familiarity of the mid 90´s sound these two Finnish devils carves out enough strong melodies in each song that you´ll never feel bored or such, song one,two & four is the best ones here but non other feels like a filler either, well it not so surprising this is a strong album considering the members background of past & current active band involvements like: Azaghal, Hellkult, Hautakammio, Kalmankantaja,Lathspell !! Yeah i guess i dont have to spell it out for you. hehe

The music in Oath plays in mid-tempo to quite slow but they have really constructed the compositions with care as everything fits together perfectly, half raw half clear production and no instrument really overpowers the other, vocals is harsh but also has a "out in space sound" and intertwines & floats into the music in a nice way, also some tasteful sparse use of keyboards is to be found. 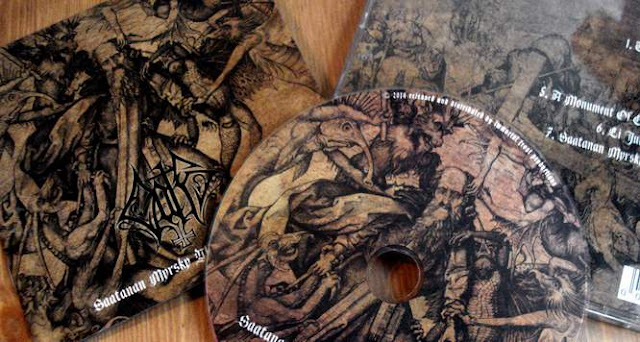 A great melancholic and epic satanic album that both fits in the current dire times and also brings back the ancient winds! A album that is worth picking up by all means... and after that look up their back catalogue consisting of 2 Ep, 1 split & 1 compilation.