After a few years of wait after the debut Ep "The Coming Plague" (2006) this first full length album "Hegemon"(which means something like Commander or similar) was unleashed last year through Immortal Frost Productions. (Cool cover by the way!) 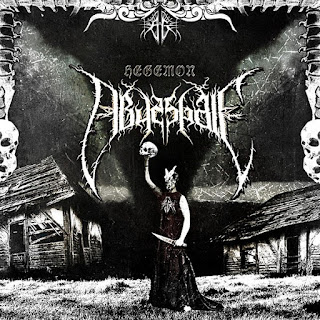 This Greece horde presents here a plate filled with satanic blasts...or rather the blast beats (in a Polish/Swedish style) is intermingled with slower and somewhat playful drum parts which gives the album a nice ground to build on, if there is something extra to mention i would say that both Godium & Cordyceps does good job with their guitar compositions that both play in  semi-melodic gloom patters to then cut off/shoots off in some falling or crocked side peeks! Good stuff!
This really makes this album worthwhile for me as the guitars both soothes both high & low and entertains with their sharp quirks through out this record which takes it above the standard fair not to say any other in the band does a bad job but the rest of it lacks a little bit of personal fire & emotions.

The vocalists throaty rasps is good and melds with the rest and the satanic themed lyrics is worth reading, nice vocabulary. Solid.
The production is good but maybe a bit clean for me but it dont really hurts the music i guess. 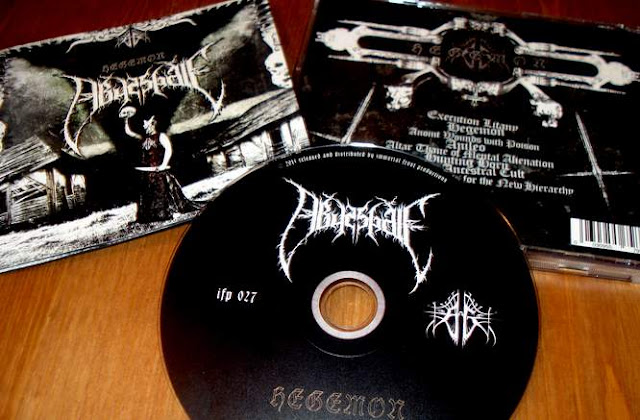 An overall  professional work thats worth checking up for people thats into blasting satanic war hymns with a slight hint of avantgarde innuendos. Ah worth mention is that the member Neptunus  is also in Dodsferd etc.

I feel promise from this album even if i maybe sound negative...like something that will rise higher above the surface with further work/releases under their belts....and with that said  i know a new Ep was released this year called "Tenet Extorris" only 2 songs but i feel extra interested (in this horde) now seeing the band seems to push further into the realm & beyond!

This album was also out on tape (with alternative design as you see) through  Razorbleed Productions
Contact: razorbleedprod@gmail.com 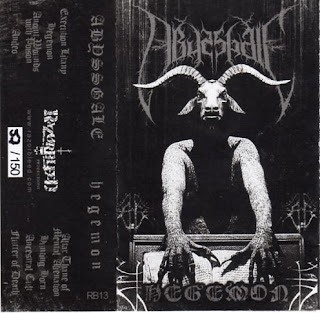 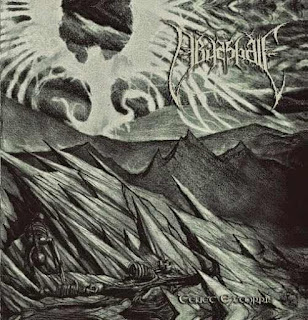