I have been looking forward to this new Oath album some time now and after last years split with Azaghal which had two of the bands best songs so far (and the longest) i had pretty high expectations for this new one, was i disappointed? 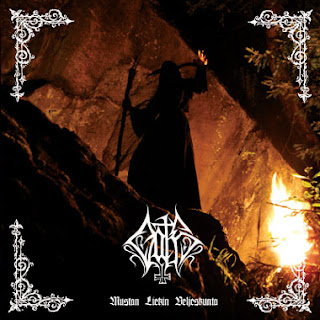 Not a chance in hell i was!
This second full album (but slightly shorter then the last) keeps up the high standards that Oath has always had, well structured atmospheric and sometimes almost meditative cold black metal is their style, nothing has changed here but as long as they can forge enough strong compositions i dont want their sound to change either so....

Last album was a bit longer but the songs was a bit shorter which worked good and these new longer tracks works just as good but i would not mind one more song to round the album off as the last song here is the least memorable compared to the first four great songs!
But that is just a minor thing as repeated spins on this "Mustan liekin veljeskunta" is no problem, hard to get tired of the songs that is for sure.
( i think track 3 & 4 is the best but it is hard to choose, one song has a very tasteful violin integrated into it that is one of the highlights of the album)
Harsh vocals, icy strings with a flair for melancholic melodies, good backbone drums and bass is what you will find here inside of this Finnish ritual cave! 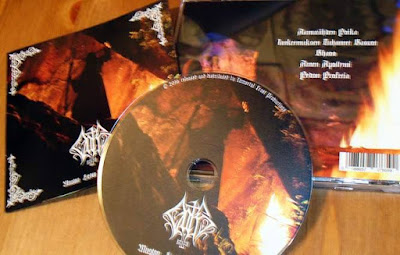 A extra plus to the photos and design of this release! Really love it!

Production is good as before nothing to really say here, just solid and accurate for this music.