Here we have a new album from the Australian one man band Astral Winter.... 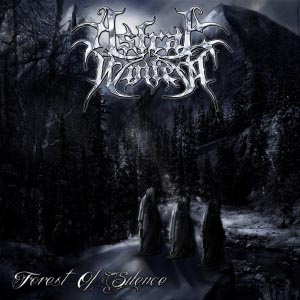 Ok lets get one thing straight i did not get any positive impression and hope that this release would be any good at all after witness the cover...sure there are many other worse covers out there but this taste of style with the over photoshopped logo and the title font and all just screamed super cheesy crap to me! Looks like some Nightwish or something similar horrendous.

Now when we got that out of the way i have to say this is a pretty good album despite all said, the good parts here reminds me of some 90´s epic black metal like Mjölnir or Crimson Blood or Spell Forest with the heavy use of forlorn fantasy keyboard busting out of the speakers but is contrasted greatly with the harsh screaming black metal vocals (Josh vocals is killing it here), first track is one of the better examples of this grand mix. It is really an over the top assault with the synth and vocals, really over kill in the drama department but it does not makes any excuses so you just have to take it as it is or not try at all i guess.

The things that hinder me to really think this is a great album only comes down to personal taste as all is very professionally done and is created with a firm focus....so for me the "bad" things is that much of the music sounds like a calmer version of Dragon Force or Rhapsody or similar silly stuff.... so yeah if you like these bands but like to include a black metal touch this is for you without a doubt. 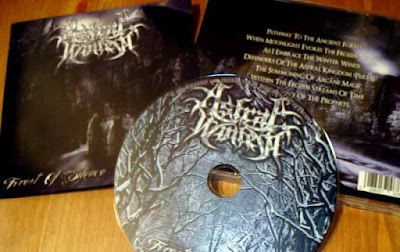 All in all a this is a long epic melodic atmospheric fantasy album that has some great grand black metal parts but also many ingredients that is far from my own taste,  for me the main mans superb vocals is almost the best thing on this release!