Antzaat - The Black Hand of the Father


This Belgian black metal release was something i enjoyed from the get-go! 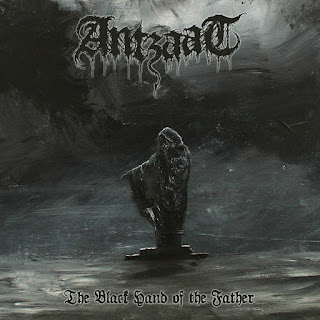 One simple reason for that is: My first imminent thought was when i put this on was
-Damn! This sounds soo much like Sargeists "Let the Devil in" ! and i love (well most of the songs) that album!

All from the guitar tone and notes played, vocal style and the overall atmosphere and delivery comes close to Sargeists  LtDi (not reaching the same soaring peaks of that album but that is a bit unfair to demand also)...so yeah total worship here but as i said i really cant stop to enjoy something that sounds like this hehe.Good satanic melodic flow!

But after some more spins their own more personal touches comes out and especially the last track i feel like Antzaat has hit its own mark. The last minute or so is really strong and epic, the more spoken/screamed and a bit darker vocals here gives it the final blazing star in the night sky! (Vocals here reminds me of the magical ending of Mephorashs latest album)

Production is ok & works well with no part drowning the other really but vocals and guitars sometimes could have been a bit higher in the mix but thats nit picking plus their logo is nice but i would not gotten interested in the band just seeing that...it does not give of much personality. The actual cover art is good though. 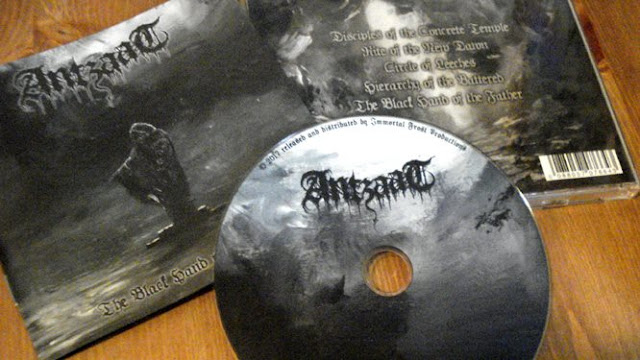 So in the end this is a well crafted debut Ep (5 songs) that is easy to listen to many times without losing any strength  even if its quite heavy on the Finnish worshipping (i am a sucker for that Country so...) it has its own merrits.
Look forward to their coming releases, could become very interesting.

Very easy to recommend for me.