Finally the second full album from this Austrian horde is here! ...well i guess it was already out in May...whatever it is great to take a bite of fallen fruit.

Previous and first album came in 2013 and i remember i liked much and put the band on the Austrian BM-mapp for me, i also did an interview with them back then. 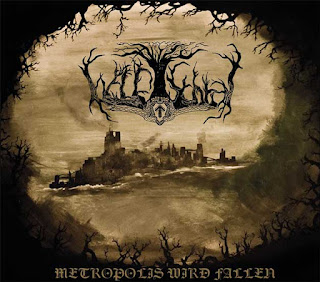 If you dont know about this band they play in a melancholic but grand black metal, the roots from their part of Europe is there as well inspiration from the Norwegian vein is found. What i like most about this release and well the bands musical style in general is their  rich compositions, the atmosphere and feelings run on more then one or two levels which gives it a deeper experience. They mixes cold black metal hate attacks and parts from the DSBM genre without falling into the traps that that genre has an abundance of. All sounds sincere (and quite intimate) and solid.

One thing that is worth mentioning is their intro which sets the focus clarely on todays society...and how it is rotting and decaying. The many reasons for this "state" is evident if you have open/critical eyes and ears. (sidenote but also connected rant: dont buy into this "false news" propaganda that the mainstream media is pooping out, sure be critical towards all "news" and use your own reasoning but  more real truth is found in the alternative media we all know that the mainstream is scripted to mold the people into brainless sheep.)

With this urban-sickness-intro they put their agenda and thoughts in the now which works fine with them..often i am too sick of this modern times i reach for music that lives more in the glorius ancient past but here i dont get turned off....I get engaged.

They describe this releases content like this "Seven stories about the end of Metropolis, the home of decadence and the circle of life and how everything is connected."...so i guess i took it the right way.

Production is clean but organic and well balanced, all the intracte  and well written songs (which has quite much variations in themselves) is brought forward to the listener in a powerfull punch. No doubt a good album.

So if you are looking for something that has both the introspective emotional focus as well as the aggressive extroverte fusion pick this up. 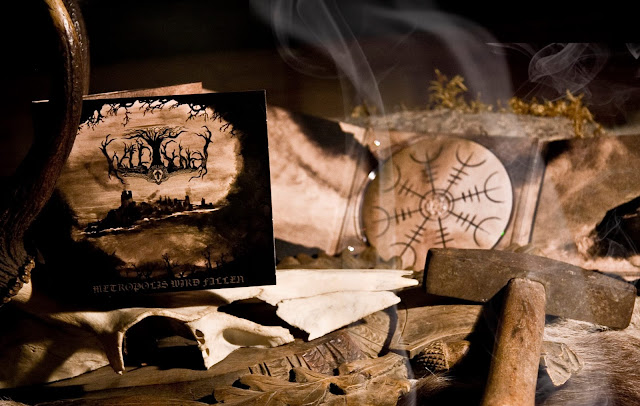 Best song for me is track 5, such a great song!