Suddenly i got a cd in my snail mailbox, a very kind gesture from a Fb friend (thanks Zunko!) that thought i should give it a listen... and i did and it is actually a pretty good debut release from this Australian band. 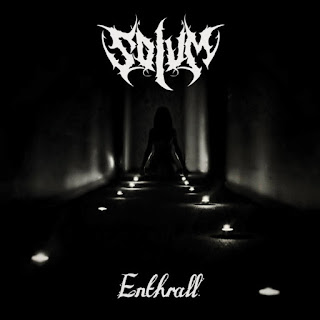 ....My first impression (before i heard any of the music) was quite low due to the overall aesthetics as it looks like an uninspired average black metal band with a DSBM appreciation....then i look inside on the member photo and i got slightly confused...two of the members have knee long shorts and THAT makes me think of American death metal haha yeah i know i´m being  superficial now but that what came into my mind.

So with a tilted brain i started to listen and the say first minute or two it sounds like a typical start for an DSBM record with the rain effects and calm & moody guitar picking away until some man starts wishpering & talking in autistic way...but then things start to improve drastically! next minute has the cold sharp black metal riffings soo ok so far its blackish metal but the vocals sounds quite intense and just very good!

Suddenly the band blast off into death metal territory! I knew it i said to myself!
Those shorts means death! haha That aside the death here is played very meaty and hard, sounds great i think both the delivery from the members to the production, clean but very crunchy! (yeah their sound is not "old school" as in muddy,dirty lo-fi monster style but a more "proper studio" style but in a nice effective way)  From mid-slow to mid-fast they slay from song to song! It has also some nice bleak atmosphere that complete the package....

They should have no problems to get signed to some label with this kind of release, i could see them fit well into Lavadome Productions rooster for an example.
The only thing i would recommend to change is the confusing visuals of the product, i think the people that like to listen to this the most would not get curious by the way the cover/logo/fonts look now. 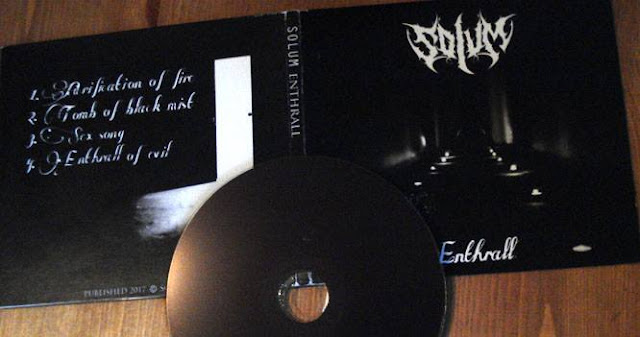 If you like to listen to death metal with some slashes of black aura and also being "well produced" give this a go!
I did not regret it.