In the wait of Hats Barns coming & fourth album (new contract with Misanthropic Art Productions  out in early 2014) i sink my teeth into their last album "Voices of the Ultimate Possession"!

This french BM-duo is performing a hateful & psychotic black metal with roots firmly placed in the 90´s french scene but has also some sprinkles from Norways bloody past. An unholy mixture with the themes of Human Genocide, Profanation, War!


The whole record got a rather raw & bleak ambience to it with desperate and maniac singing/screaming and it is sometimes all over the place.... like psych ward in black metal hell.... thats not a bad thing. ;)
Besides the quite speedy and somewhat punky blasphemies that´s assaulting your ears many melancholic guitar melodies swoops in and out which heightens the experience greatly a good example of this is in track 3 "Apostolus XIII" which is also one of the best songs here.(really like it and also track 7 is a favorite) 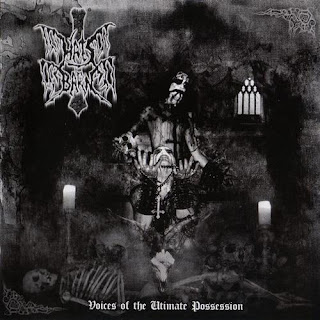 As the album ends at around 45 minutes i would say that they succeeded in bring forth darkness & madness  in this "second wave" outfit without being to much "worshipping" or boring you with to much riff repetition.
They have their own little sick & evil tricks in their bag so to speak....
....after hearing this album i am surely looking forward to the next album!

The only thing i would really complain about is that they have mixed the drums a bit to high and sometimes drowns the guitar which is not something i would recommend, but done is done.Luckily it does not kill it all off but cuts away some of the nice and icy guitar compositions. 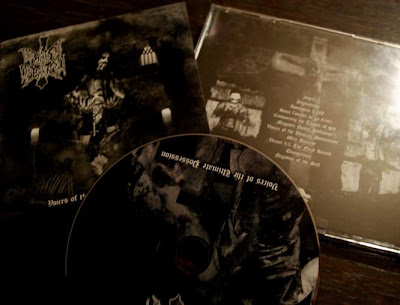 Anyway it is well worth the hunt and devouring of this third beast of theirs. 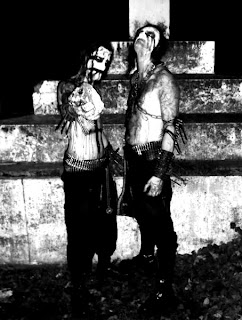