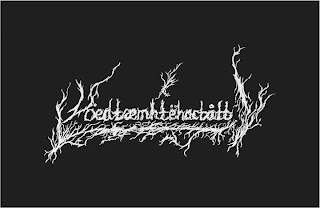 1. Hails!
Your album "Gremmtåg Nøyhar Trøddle" that you released this year was out on Thor's Hammer Productions am i right? Or did they only helped to distribute the tape? 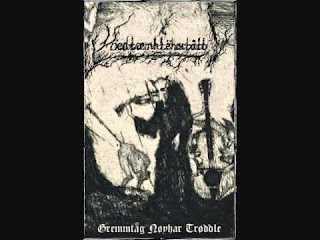 - Yes, indeed. The album released on Thor’s Hammer Production and they distributed the material.

2.For the ones who have not yet listen to your creations how would you paint out the heart & aim of Vöedtæmhtëhactått? I read somewhere one that tried to describe your music as a good personal mix of Mutiilation & Arckanum...


- First of all Vöedtæmhtëhactått is the result of the development of my creative activity; my life’s philosophy is the source of it. At the moment the music in the whole is not the final interest for me. In spite of it I thought I was found the way in music to provide my thoughts to others who think the same way, or, at least, they who are looking for the same. After that I realized that music as it is - the only peoples’ interest. Ideology remains under drivel of “majority”, and that’s all. It became metaphysical absolute for others.
So, my ideas were left for myself only, and I kept composing.
Eventually I stopped finding interesting thoughts in music at all, and in other bands creations particularly. I didn’t see a piece of wisdom neither in speeches or thoughts of others, so I separated these two spheres: Thinking and Music. For me it stays a single creation where the second one is individual part of the first one. So Vöedtæmhtëhactått incarnates the face of music and the idea of life-affirming philosophy of Satanism. This is the essence. Briefly, I expound simplest and most interesting truths in my music.

The goal of it is to convey to the listener these ideas with a help of inspiration, wonderment and amazement by what has been heard. I think it would be wonderful if everyone discover his favorite riff at least in one of my albums. It is the highest boon for the composer.
As for describing my music, I provide it for adept musicians’, critics’ and others’ review. I consider as a good to hear dictum coming by the reason, not by the lack of understanding.

3. Would it be correct to see "Verd Foraktelige" era as the real start for Vöedtæmhtëhactått or do you see that time and the one demo "Kald Vind Blåser Bak" as a another entity?


- Verd Foraktelige was an answer on quite other problematic questions. It’s something different.

4. After the first Vöedtæmhtëhactått demo "Naå Nebørravåkkorüm I" that got out in 2010 your satanic creativity must have been flooding because you under the following year (2011) composed three demos which together is 27 songs!! Please describe this year of black fire. What equipment do you usually record on?


- Since collective «Naå Nebørravåkkorüm I» I has coming to the individual activity. This is the reason of this intensity. At the moment the techniques of the performance is more complicated, which caused varieties of straight and indirect shades. Since I began playing the guitar I started to compose my first albums. Now I have for about 20 of them, the question is about recording. Meanwhile, I do not like to record, for me it is а pure torment.
I remember that time with eyes wide open, as then I knew nothing about music. I recorded my first albums on the tape recorder and was satisfied about the quality. It didn’t bother me! I still use it! No doubts, it was a great time.

5.The in 2012 you released one demo called "Gevoënt Vegler Trøddle", how would you describe this releases compared of what have come before? And How was the reception? 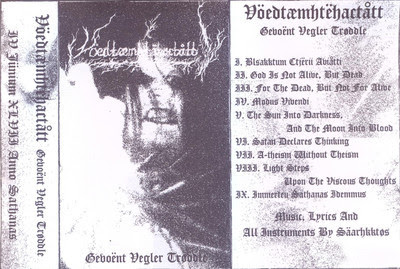 - This album has its interesting atmosphere, but who sees this interest there? I did not find listeners yet. It was taken as a thing that doesn't worth attention.

6. Up until now you have from what i know only let loose your stuff on tape, do like it best like this or do you have plans on put out something on cd or vinyl in the future?


- I think tapes are more suitable for serious music. I plan to release on vinyl. Discs… I left them for other bands.

7. So i saw that you are doing your first split and its with the finnish band Sadokist! How did you guys hook up this thing? When is this supposed to be out?


- I’ve heard their music before. I liked their old school and decided to talk to them about split. They didn’t mind. So we came to agreement.
The album will be ready within a few months. I’ve recorded all tracks already, only vocals left. The first wave will be released on Thor’s Hammer Production on the tapes. The second one – on vinyl on another label (in plans). I think you will find things worth listening on this album. The time of release depends on label.

8. So how does the rest of this year look like for you? By the way how is it in Ukraine in this line of satanic worship?


- I am preparing for the record of another one full-length album.
And I do not like Ukrainian scene. I do not think something of it can be called really serious.


9. Thanks for taking time off for this little interview!
The last words is yours!

- And I thank you for the inquisitiveness.
It is a great time to be closer to Satan! 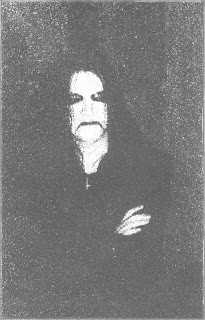