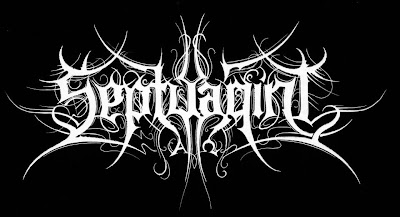 1. Hails!
So i suppose the coming Ep/mini-cd is soon mixed and finished? How was the actual birth process of this new creation of yours?
Can you shed some glimps of light unto the content there in?

-Hails Yes we just finished all of the production process for "Negative Void Trinity". The Ep actually is 4 years old but due to low budget and no time we had to record it just two months ago. During that time the songs grew within us and thus we gave them their final form. The whole release has to do with the relation between man god and satan. it is purely "human-centric" and each song represents a state of men that choose each side or remain neutral. "Devotion..." is all about the falseness of this world the prophets the messiahs and all those that preach us the word of redemption through their religion. More of less this release is just a perception of how we see these things.

2.And how & where did you do the recording procedure?

-The whole production took place in "Behind the Sun Studio" in lune 2013.

3. What was the reasons for changing your bandname from Declaration:Holocaust?

- We felt that this name was not right for us,and besides many people wondered if we were NSBM though we clearly are not.

4. And what did you release under your old flag?

- There was a Promo for this EP with the first 2 songs of this release in different versions.

5.As i understand your new name "Septuagint" derives its name from the Latin "versio septuaginta interpretum" (translation of the seventy interpreters). How did you realise this was "it" for you?

- Yes it is exactly that. While trying to find a new name we stumbled upon this word and we were captivated from its meaning because Greek is our mother tongue and we are trying to create a new testament free of false devotions and godly fairy tales. we believe that humans are at the top of creation, that we are the gods we create, we belong to no one we are our own masters.

6. So how would you describe your Devotion and spiritual way in this aspects?

- we believe we covered this question above. we are devoted to ourselves to make ourselves better beings and reach perfection.

7. Is there a release date for the record? When its out will there be any nice t-shirts etc with the launch?

- it will probably be released in late november to early december through Forever Plagued Records, as for the t-shirts we hope to have some of them too.

8. Is there any other musical projects in the loop? any split or such?

- We both have our own side-projects that we work with, but with Septuagint we have some new songs that we would like to release them as a split release in the future, for now we concentrate on the EP and slowly make our way to the release and then we will try and search for another group to release a split with.

9.Do you have plans to hit the road any time soon?
Well, thanks for this interview! Good luck with all!

-For now we dont have such plans but in the future it would be a nice prospect.

It was our pleasure!
Septuagint. 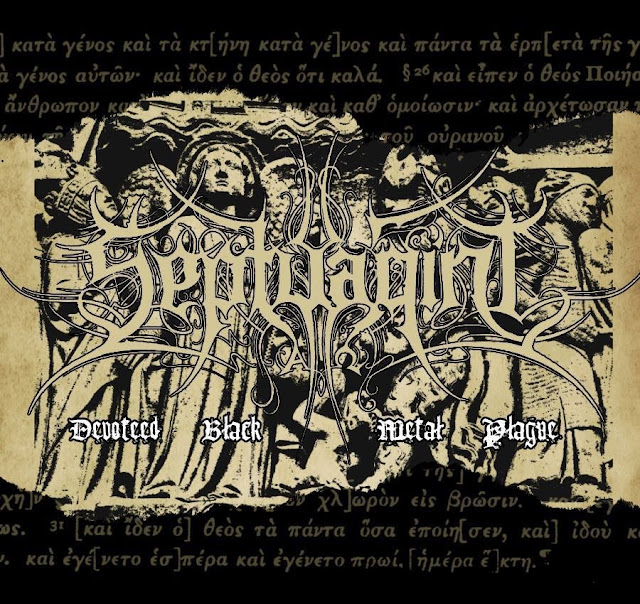