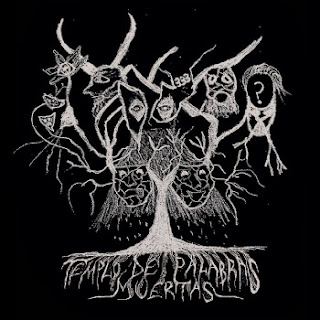 Even as they claim in the booklet that "Chaoswolf is a psychic infection,
delusional, not another trendy BM band." there is no denying that
Chaoswolf also pays its tributes without hesitation from the cold Nordic
Scandinavian second wave outlet more then anything else but at the same
time they manages to wave its own dark and devilish patterns without worshipping
to much... sure some Mexican roots is to be found here also naturally.

The best thing with the songs is that they build up with layers upon
layers of great (even though traditionally) compositions and never let a song
stamp on and on with out infectious injections of inspirational manifestations.

You can hear Early Burzum, Emperor, Tjuder and many more here and there much in the guitars
but also much so in the vocals but they dont stop with only raspy rooster howls but also
mix around with some clean agro styles to great effect.
Extra plus to the energetic drums on some of the first songs...sounds like there is some programmed drums on track 9 though.

Sharp grand evil vibes is flowing through out with some nice moody atmospheric keyboard
interludes for good measure.Everything connects really nicely and dramatic.

The overall production is raw but not "rehearsal raw" and it has a nice
punch and volume to it. Just right balance for this album.

A very entertaining & engaging album in all the correct ways and even if i cant
any Spanish i dont feel left out in the cold (in the lyric department)as the artists
black fire reaches through from his end to mine with ease. 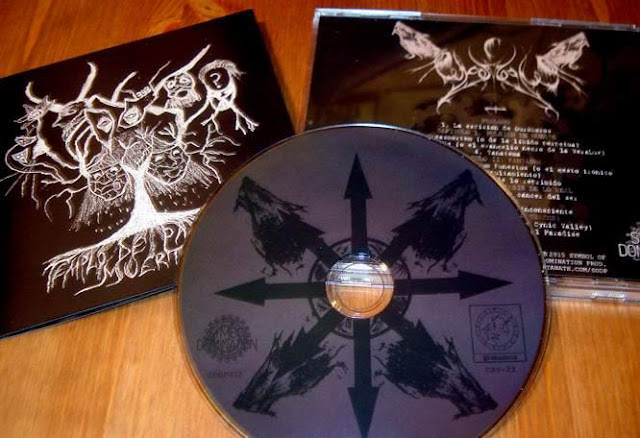 This is Chaoswolf second full album and the first full release i hear and it
certainly got me hungry for more.

A modern classic Mexican BM album.
Just get it!