From Canada it came!

Every countries black metal world has their own common quirks and recurring taste of style and sounds and Canada is no different as their creations often has some odd(disturbed) inclusions and is not affraid to go down both the old school way at the same time the off-beat and bizarre way...a little like France black metal world. Hexensabbat is a special kind of brew but not soo bizarre or anything but they mix together a murky second wave mid to slow tempo black metal (cold/melancholic & hatefull) with a doomy sense of constuction (not super long droning parts but they spread out in a nice drowning way of length) and even some light heavy metal bits (like the nice guitar solos)...from start to finish they serve up a fine meal of blood and bones, all is very well structured and with a lot of  putrid raw atmosphere. 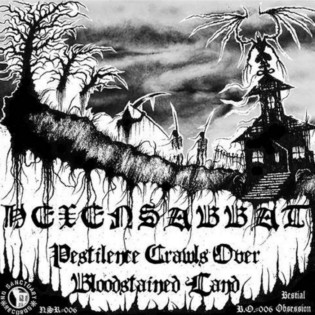 I had to listen to this tape a couple of times to digest it cuz first time i saw the cover of this release i fell in love with it (and the logo) and i guess back in my head i got the notion this band played a bit different music then what i heard when i popped it in the deck.... after that little hick-up i enjoyed it a great deal! Songs like Bleeding Pestilence and Cold Winds of Hate, Black Flames of Hellhas has some superb guitar melodies that i cant get enough of also hehe.


Production is damp and has a slight veil of cellar rawness to it and it fits just right, all three members play their part great and to sum this up --- this is a no brainer to get!--- Great release and Hexensabbat holds much promise for the future. 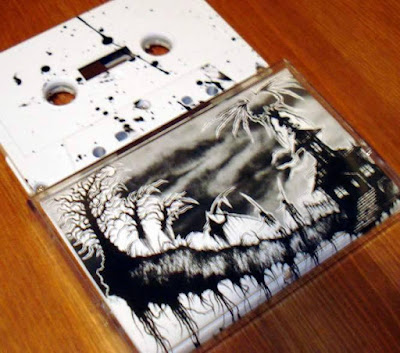 I hope this will get a vinyl re release! It really deserves it!