Occelensbrigg - Old Winters Yet to Come

From the Aldebaran circle comes here a new beast offspring! 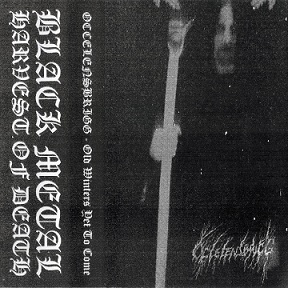 What we get here is a mix of raw black metal and a kind of doom metal, first time i listened to it it did not stick to my ears really (i was probably too restless & wild haha) but from the second round and forward this release started to grow on me!

I guess it was the doomish slowness that needed to be relived to really come alive for me (and to hear it in appropriate state of mind) and it did as i feel right now its a great dark meditative/ritualistic release that works more as a soundtrack to a "real" ritual/inner dive....if you need a little push...
...and for me more then often these states comes when i sit and draw/paint for hours and it was under this type of session i grasped "Old Winters Yet to Come" the best, new dimensions visited my mind and it helped me to create better.

A funny thing is that on the tapes card it says nowere that on the B-side there is a another song, first time when i was finished with side A i hoped for the same material to on B also but there was just silence for minutes so i stopped there...now last listen before i wrote this review i tested again and suddenly i started to hear some faint sounds tuning up! This long track is also great and in the same style but it is much more ambient styled one could say.... a longer trip.

As a whole it is raw & gritty and trance inducing release, i like it much but i guess it is not for everyone.
And i might be wrong but i thought i saw something on a coming split with the band and some other... 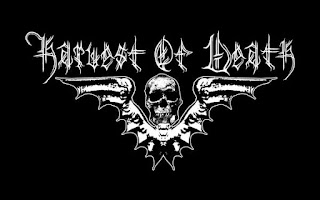