Wow what a ending of this album! Majestic and melancholic greatness, a perfect opus for the song title "Awaking Excelsi Luciferi"! It echoes into eternity! 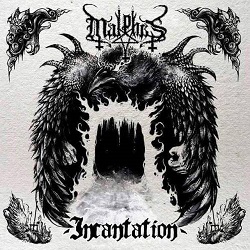 The funny thing is that the first time i put this awaited album on i was initially a bit let down hearing the opening track (not bad song but weakest of the bunch) and off-put by the sound of the vocals...the vocals in them self is good but it has a "screaming in the cold toilet echo" to it and it sounded just bad...so i could not hear any further that time haha!
Second try i felt the same of the first song but as i entered the rest of this albums songs i got increasingly delighted as some fantastic songs  started to pop up, the real ice breaker for me here was track 5 " Nahash Corruption" with its sublime guitar harmonies that brings forth both darkness and light (the morning light that is). epic song in all aspects but not overly done... now after around 5-6 spins i can easily say its one of the best albums out from Switzerland in a long time . (another top album from this land will soon be reviewed also...puke! ;) )

Besides the solid second wave black metal Malphas plays they includes many heavy metal aspects into the music without sounding cheesy or forced, very effetive and tastefull compositions, both evil and uplifting. Mostly plays in somber mid-peace but turns up the heat from time to time.
Production is even and organic just would like to have a bit fixes on the vocals mix... but it is a minor complaint now for me...ah yeah lyrics would have been great to have for this too... 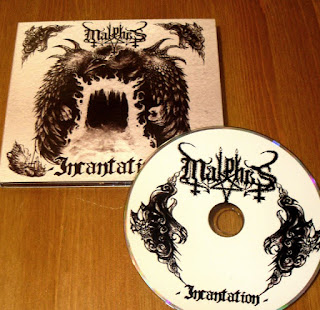