Time for a double review!
This time we head into the Finnish woods again for some experimental black metal!

This two-member band showed up with their debut release the album "I" in 2016 so it is a young band in this regard but it feels like they are not exactly new musical composers... 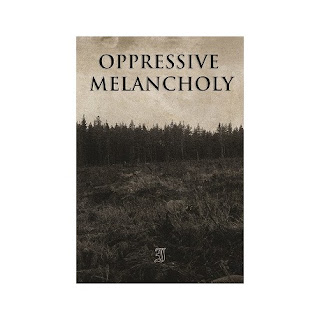 Anyways this first album "I" (fitting title as it sounds very introspective) is a very good debut in both personality and effectiveness, its experimental labeling comes i guess from their mix of clear and unusual sounds (from a synth i suppose) with the very abrasive raw, many has done this type of  frictional mash ups before but i feel MO do it good enough and in their own stylistic way.

Even if  like the drums are clearly programmed it does not take away from the overall experience, the different use of keyboard sounds is interesting and works well without becoming something overbearing. The ultra raw vocals are great and clashes nicely with the production, also aggressive and calm passages is intertwined good and gives the 45 minutes album the twists and hooks it needs to work all the way.

This was my introduction to the band and i ceternly did not hesitate to throw in the the second tape namely the Ep "Kuroitus mielen totaaliin"! 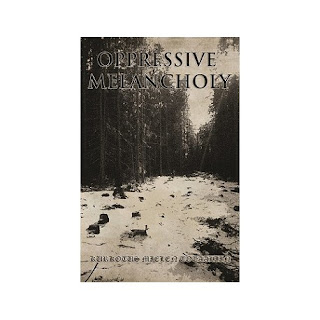 This new one is abit less experimental with its sound and is more on a stomping attack mode and less introvert, a bit more straight but it works nice like this to as they know what they do. Some good heavy death´ish bits also. Whats still left is their barbaric raw mix and delivery.
As it is an Ep its shorter (duh!) its easier to digest but dont leave as much of a mark as the album.
I like it but i think the album is more unique.

There is one more Ep released after this that i have not heard so that one will be interesting to hear how they evolve or devolve.

All in all i think Oppressive Melancholy is an interesting and strong band that i feel we will see more of in the future...or will they go up in smoke?