Diabolus Amator - The Dawn of a New Flame

Here we have the first (as far as i know) solo project from Abyss called Diabolus Amator he has earlier been active in bands like Torment & Neldöreth, i can easily see the charm of ruling oneself  but with power comes responsibility...or so "they" say. (fuck that i say!)

Either way Abyss here have constructed his first part in his visionized hell castle, the attitude is clearly primitive but self convinced which is a plus, he also goes for the impulsive more rather then polished music with all the pros and cons that comes with it like some sloppy drumming and guitars is evident but also not shunned...that impulsive abyss fire can lead to great things in the future and by natural experience (to play all instruments one self, i cant even dress my self properly so... ;) ) tightness follows... i mean anyone can polish ones music to technical perfection but one cant polish up impulsive fire. 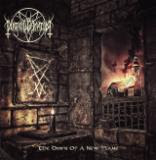 Apart from that i hear inspirations from the Finnish giants like Satanic Warmaster and the alike which will always get my blood pumping, from mid-tempo to a little faster the songs stomp forward with a Luciferian agenda with both some nice (limited though) melodic parts like in track 3 & 9 (best songs if you ask me) and also some Skin/punk humping in the backseat for some good effect. Overall a nice drive through the whole album. 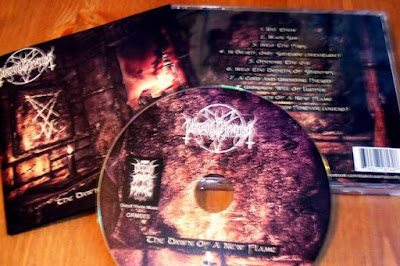 Production is clean but not polished which suits the music, the harsh vocals is the rawest in the mix.

The interlude & outro is the darkest bits on this album which indicates that there is some extra intriguing bits luring inside of the artists inner chambers, i hope he let them intercept more with the actual songs in the future. Could turn out really great!
All in all a interesting entity this Diabolus Amator and is worth "opening the Eye" for. hehe 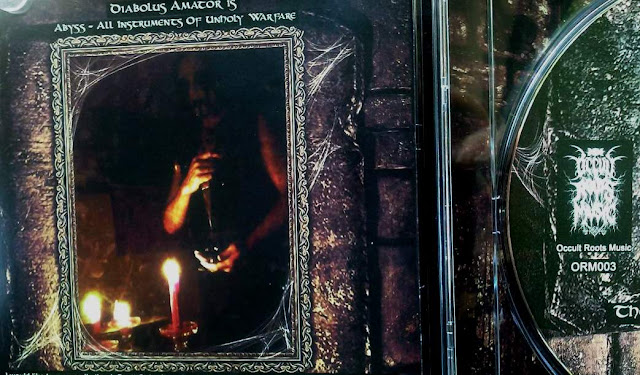 Try it out in the name of Satan!