FromChile comes a new project named Faustgeist and their (two members) first release is this self titled two tracked demo.

First i was afraid that only two songs would be a bit too little to leave some mark but -first the two songs is quite lengthy and -second they are enough good! (they grow nicely from each spin)

Their style is raw 2nd wave BM with both icy blasts and more thoughtful rytms (drums is an extra plus i would say as they are inspired and varied) Guitars are simple but effective in a somber way and also has some upbeat parts that is engaging (first song has the best of these parts). songs is around 10 minutes but they use their compositions well so they dont fall into some jawn inducing void.
Vocals is croaking screams which is just as they need to be for this project. 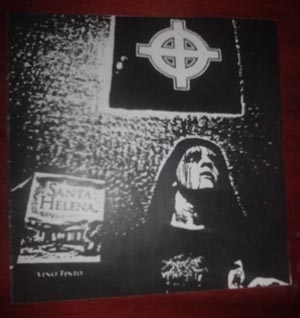 Lyrics is NS not that i hear whats sung but thats the info out there.

All in all a possitive experience with two members hammering out some neat songs which has enough soul and musical potental.

Look forward to the next release from them!