One thing that hits me here and carries all the way to the lingering end is that Svartsorgs sound has the classical ground founding stones from the second wave of black metal but also influences of death metal can be heard here and there, it has also a evident sounding austrian blood heritage running right through it just as it should be. Keyboard is also used in all tracks and works well i think and the songs lengths is between 5- 9 minutes long but the compositions is varied enough.
The singing is harsh but hearable and emits all the mixed emotions from gloomy misanthropy to energetic disgust. 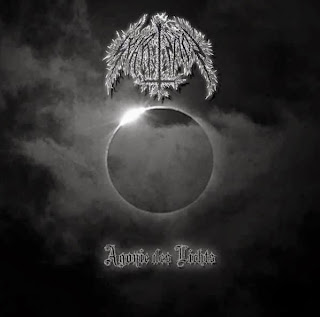 The whole album is quite a epic & meaty journey to sit through with all its ups and downs and ancient cold winds penetrating the soul, like an old warriors mental degeneration falling into a unknown void of darkness.... in search for the keys to his own freedom?

First i liked the first song best but after some spinns the record grows greatly and i fall also for the rest like the melodic track 5 and the dark dripping track 7.

The ending song works as a good closure to this second album from Svartsorg with its introspective self questioning & struggle with its own despair and hate for the surrounding world. 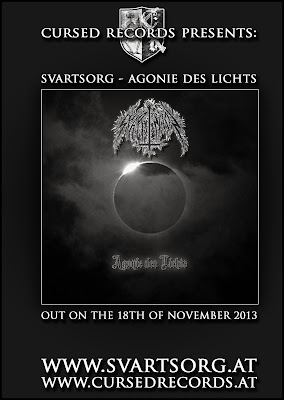