1.Hails Auztaroth D. Dragon!
How is your day?

- I am perfectly fine, thank you!
And I thank you also for giving me space for my work!

2.Let start of with the usual question about
who you are and when & why you started this band entity?

- My name is Alfredo, and I am Brazilian.
I started in November 2014 this band called Auztaroth, which
is my particular solo project. My AKA is Auztaroth D. Dragon.
I started in a single day, talking to my wife. I have other
bands, including Black, Viking and Folk. She said that in addition
to bands that had already, why not create something according to
my personality and tastes? Something only mine, to show the content
of what I am, and taste.
So I thought to do many things, until the
idea of Orchestral Dark Ambient worked very well, so I put forward
the Auztaroth, and I'm really happy with it!

3.What is your first release and can you describe your thoughts behind its creation?

- In fact, my first release is a tribute to the series that I really like!
The album is free, and is called DARK TALES FROM IMAGINATIONS.
In this album I tribute to renowned titles such as Harry Potter,
Lord of the Rings, Castlevania, Zelda, and others.
What I think about this album?
I believe just what are my sincere views and heart on each series, showing my admiration! 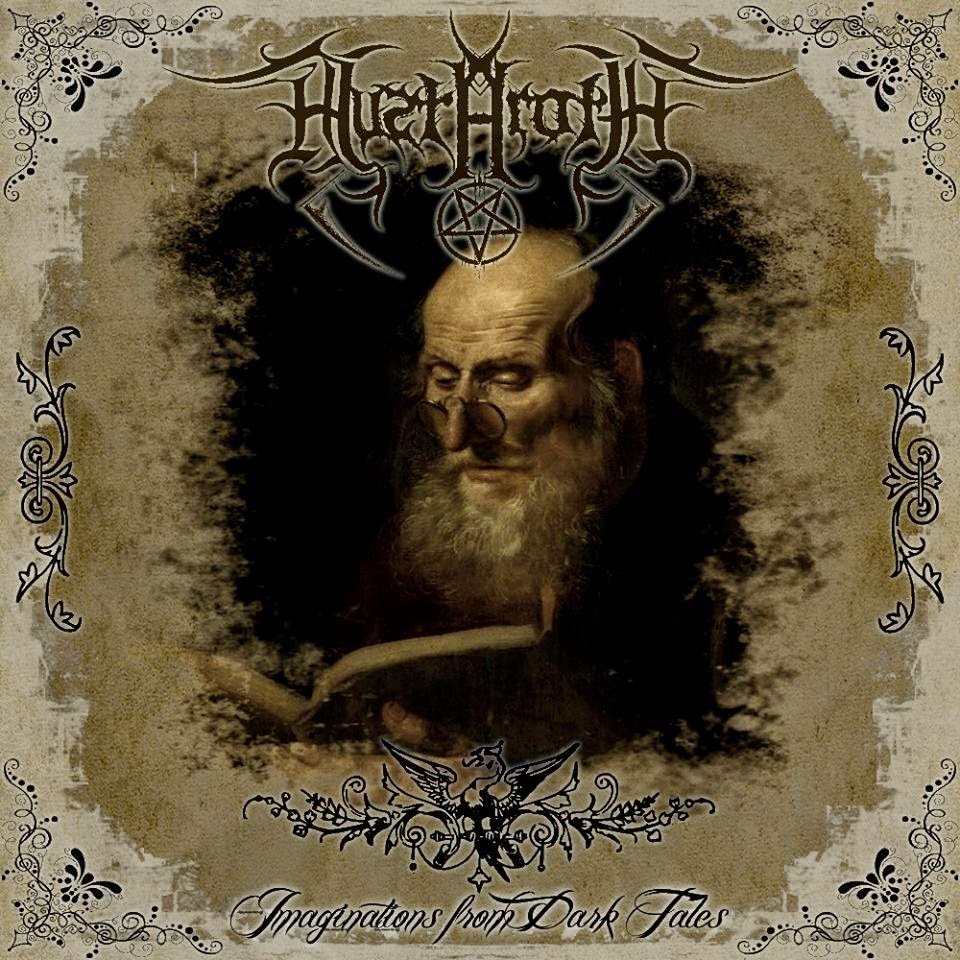 4.I saw something about a split soon coming out?
With which band do you split with?

- In March I will be releasing an album-split with Almofar,
Epic Dungeon Dark Ambient Argentina. This split, I consider
another work demonstrating a loyal friendship. Unsilent, besides
being a brother, was very supportive at first. And we already had
ideas to make a split ... Just did not have a fixed idea about what to do.
After a while, we talked more and decided to make the album
WENN DIE FLUF BRINGT KEINE HOFFNUNG, translated from German, WHEN THE TIDE
NOT BRING NO HOPE.
We approach the classical theme of the dangers of great
voyages during the Modern Age. Almofar contains a song, and I am conducting
four songs. I honestly can not wait to launch this album-split.
Will be in DVD digipack A5.

5.I see you have a firm grasp on your visual directions, can you please tell
something about the visual artistic ideas?

- I've been practicing for many years to visual art. To my every project I do a
different type of image. For Auztaroth, I thought about doing epic, beautiful,
classic images, trying to maintain the authenticity and essence of the modern age.
For now I have worked in old boats images, Victorian Gothic images, autumn
mountains. Always keeping golden brown accent colors. But is not always so.
Here in Brazil it's summer right now, and the next season will come the autumn.
The golden brown is a typical color of autumn.
When the autumn, I'll start making music with winter themes.
That is, depending on the season as I'm living, I'm always
thinking about the future composing station.
That is, the next it will be winter, I will use black, white and gray. Classical to Dark
Ambient mode. I'm still wondering if I will use Black Metal in the middle. 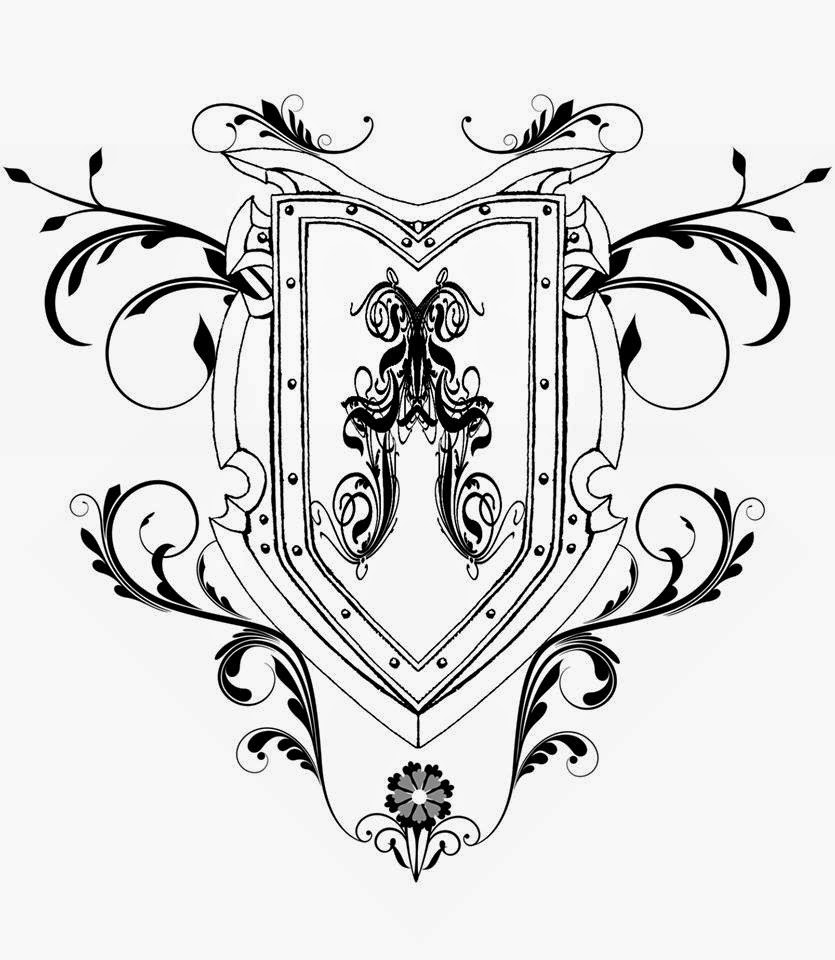 6.How do you vision Auztaroth to be in say like 5-10 years from now?

- Difficult to answer this HAHA!
I'm married, and I want to have children! The least we can say is that I will be making
music with the same love that I have my family I love very much.
But trying to answer ... Success is good?
Yes, it's good, but it is only a consequence. I just want to make music
using my feeling. It may happen one day Auztaroth end up becoming a Raw Black Metal,
do not know the future. But my main intention is to never stop the music.

7.How are the musical landscape where you live? Are the many other bands active
now that one should know about?

- I will answer in two options. About my country, Brazil, there are many, many bands it.
Since metal to the environment. There are GREAT bands, but also there are bands
that do not appreciate. But I'm proud of my country. About my city, the bands here
are very hardworking ... All try their way to make your job. Like all I know here.
Now the public in my city, sad to say this, but they are not united. I try to do
my part, but unfortunately can not possibly please everyone.

8.Are you active in some other band?

- I own the Warlord, Viking Metal

Ars Goetia has my wife and I doing the songs, but walked out of time for that.
I am also on a project called Karkav, Folk / Viking Metal. We have no page yet.
The band consists of me, and my dear friend from Argentina, called Funes.

9.I saw some nice t-shirt merch etc, where should one turn to if one
like to buy something from Auztaroth? 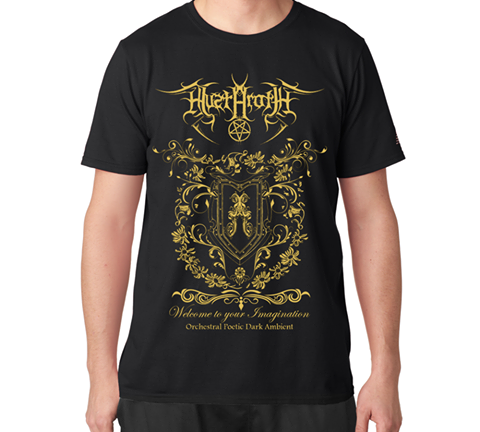 To acquire Materials Auztaroth, it follows the links below:

To purchase SHIRTS and MATERIALS LIMITED, only by Facebook Official of Auztaroth.

10.Thanks for your time & good luck with all!

- I should give thanks.
Warriors, never give up. And also my beloved family, mother, and wife, and friends! 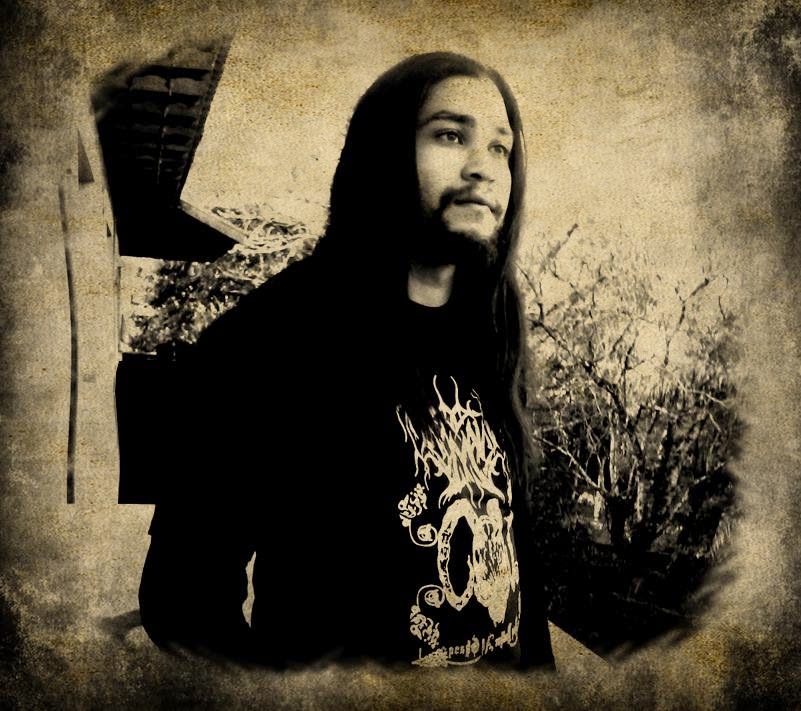 Here is the cover of the second album! 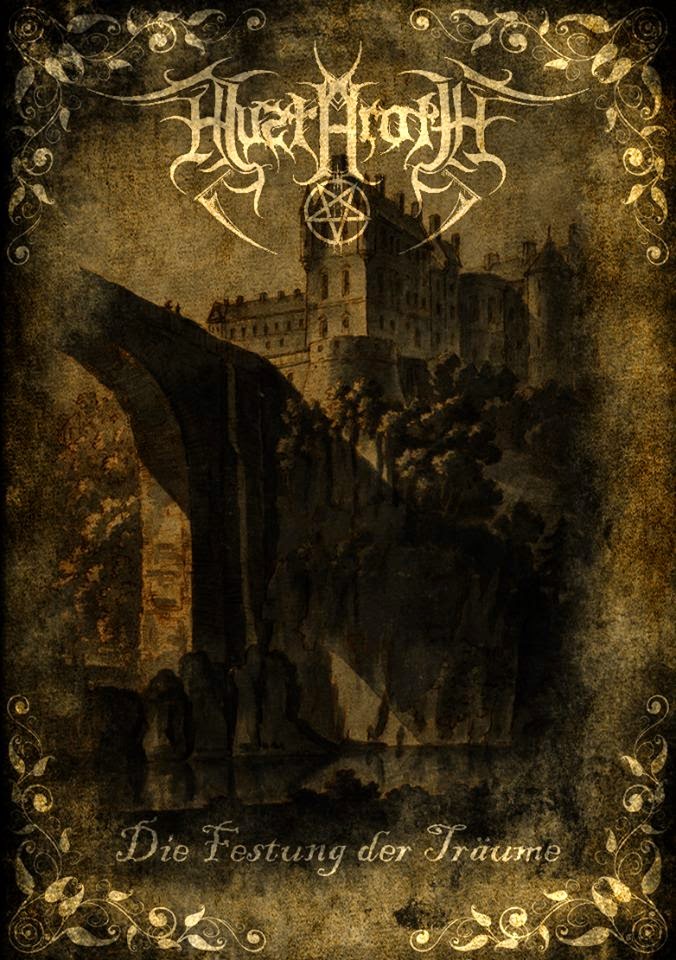