1.Welcome to one of Swedens own satanic footholds!

R:
Hail!! For starting this lugubrious conversation, we want to thank you for opening this space in your zine, so we can announce a little bit more about Dark Path and its history and future. We hope that this writings are nourished from darkness and bad energies and we hope all of you disgust it.

2.From what i know Dark Path started in 2013 and was it only a one man band first with Darkwolf? And how did the rest of the members come together? What was the most important thing/aspect/content to include in Dark Path? How would you describe your satanic belief?

R:
That's it. DarwWolf was the one who started a non-ambitious music project, making art from his decaying mind since year 2013. After some changes in the members, the first project passed away to renew a band that started to make its own space with aims with a stable crew when we joined V. Wraith (guitar/bass), Evil Messiah (guitar) and BlackPest (drums).
Dark Path is a relatively young band, but composed by long-trajectory and aims-oriented musicians. The most important for us is making music that satisfy us. We are not for making the last fashion style music. We essentially target to the darkness, to the lugubrious music, odes to death and obscurity.

According to the beliefs inside our band: we do not follow any kind of established nor chaining doctrine nor dogma. We rather opt for the individual freedom together with the being reinforcement, as well as we carry it out with our musical dimension. Our musical approach encompasses variety of issues, such as esoteric ones as well as anti-christian ones. However we disown any religion, no matter its name. For us, satanism does not exist if it is outlined from the point of view of the Abraham-related religions. The true sense of the path of bright star's dawn proposes a philosophy for the thinking man, not a rope for the ignorant lamb.

3. Musically speaking how is the town you live in? Many different types of bands active? What band is the worst trendy band and which one do you feel doing it right? How is everyday life by the way?

R:
Lately, a lot of young band have emerged from Concepcion (Chile), including leading styles such as Death metal Old School, mixes of Death/Thrash or Black/Death. Also Black Metal is scarce during the last time here. I could not cite the worst neither the best band: I do not want to give a biased nor subjective opinion for benefit or harm some specific band.

The daily life in Concepcion and in Chilean main cities is rather belonging to the Western world. Even though from the European perspective a city in Chile may sound like a very contrasting one for you, I do not really think there are big differences with any common city in Sweden. According to the music duties, local band rehearse, we perform in concerts, we record our albums, we trade music, etc.


4. In 2014 the first cd demo "Forest of Eternal Darkness" came out, self released? Was it just handed out to close circle or did it spread out more? What do you think of the songs now? 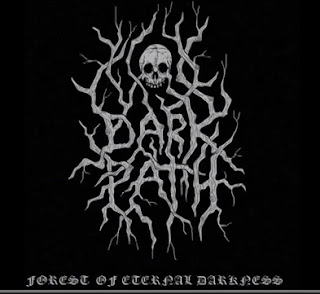 R:
Exactly, this demo was recorded in 2014 with very few resources (programmed drums, home-made recording) but with large amounts of passion for making a hateful Black Metal music that was self-produced in CD-R format. Despite of our moneyless production, the demo received a very good criticism and it called the attention to the English label Cold Raw Rec, that re-edited this demo. It was useful for us to progressively started to emerge as a band. The themes are still live-performed and for us they are the classic DarkWolf compositions at the first age of the band. They won't be forgotten since we spent such a long time rehearsing these pieces in twilight close to darkness.


5. Another cd demo "Advance 2015" came out or is it a promo early last year? I guess it was a teaser for the "Lurking in the Shadows" tape? the intro here is it only on this promo? 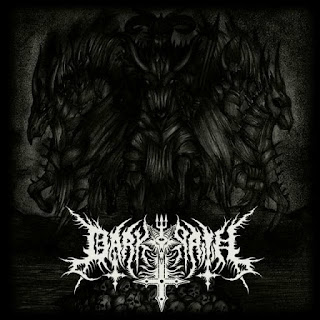 R:
"Advance 2015" emerged from a rehearsal that we decided to register with and an ambience (sound recording) microphone and then in a second session we recorded our voices. At this point we already were working as a trilogy with DarkWolf (screams/guitar), V.Wraith (bass) and BlackPest (drums) and we were in full process of new tracks composition. The intro was recorded with improvised chords that were registered in the voice recording session. All was very fast: our intention was to show in-advance mode what we would make for our album debut.

6. "Lurking in the Shadows" was then released on tape through Pagan Funeral Records (Cold, Pervertor, Spell of Death), how did you come in contact? and what other labels is good from your area? And is there some scammer one should look out for? Looks like there are two different covers to this? I guess there is a cd too? 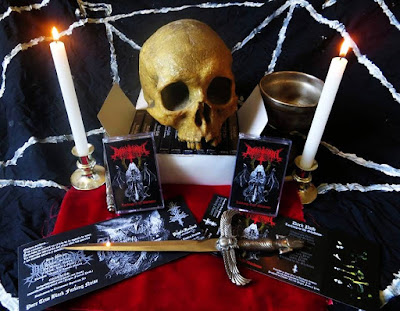 R:
We are close friends with this underground-label owner. When I proposed the idea he just accepted it immediately. We are very satisfied with his work and he helped us a lot with the diagramming work. We actually have not had any bad experience with any label. We have not known about any rip-off label, but only from some comments we know that some labels last too much time for the release, which is bad for the bands. We indeed have two covers for the same album, since we re-edited it with a Thai label called Hell Prods. (http://hellprod.blogspot.cl/2012/11/release.html)  and we fortunately had a reserved drawing for the cover and we left it for this edition. 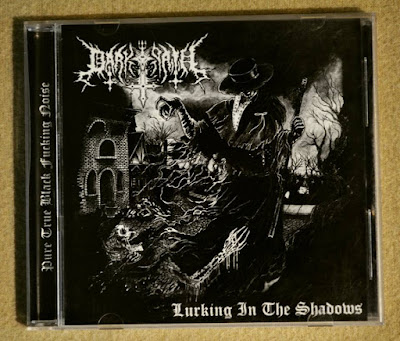 7.This first official release looks like a good product from good cover art to the music. How was it to work on this release? What was the hardest part to do?

R:
The artwork in both versions was developed by a talented young graphic artist self-denominated Executoner Spectrum from Rengo (Chile). Even though we were very clear on how we wanted the sound to be targeted, it took us a while to finally agree in the ultimate definitive sound. The complete music production was in charge by V. Wraith, but all the integrants influenced the final sound. 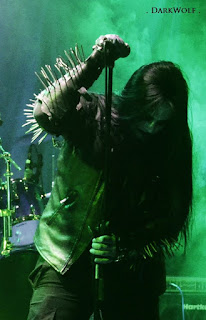 8. How was the gig at Under the Black Candlelight & Hellraiser VIII? How was the experience for you there? And was there some other band there you liked? 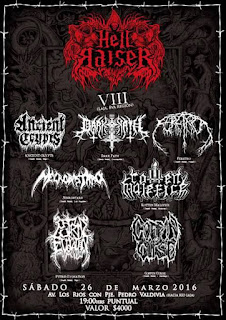 R:
Both shows were made with an excellent production (sound, light effects, scenario). They included very high level bands in our country. These bands did an excellent live presentation. 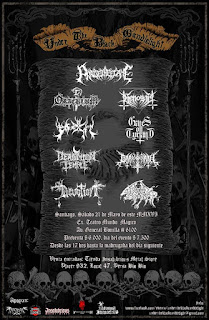 9.Now after doing music some years how do you feel your music composition has grown and how do you look into the future on this dark path?

R:
Of course we feel our music has grown. It has lately been composed by all the band members, so new ideas have been added and new composing ways have been included, obviously without falling apart from the Black Metal that we want to make in the most honest and honourable possible way. We do not pretend to follow current trendy fashions: we want to make only the music we devote the most.
We look forward DarkPath in the future as a band that keep working in the Underground, and making honest Black Metal without sub-categories.

10. Thanks for your time! Last word is yours

R:
Thank you again for your interest in contact us with this interview.
I hope to see this sinister pages soon. 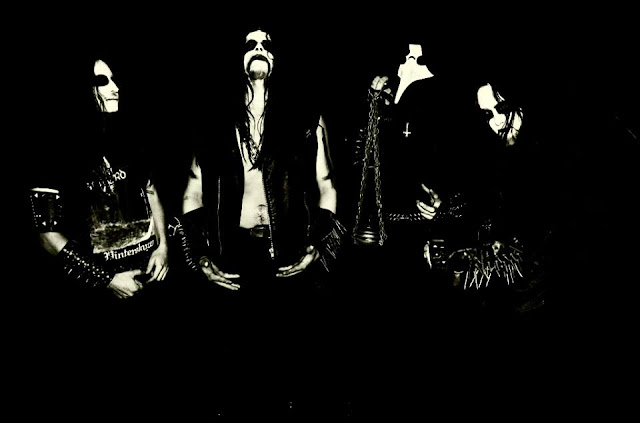 Link to a promo track:
https://www.youtube.com/watch?v=HWcWx6zB0cU