From Greece comes the black metal band Archaeos and this is a review on its third and latest release the Ep " Forgotten Art of Sacrifice". 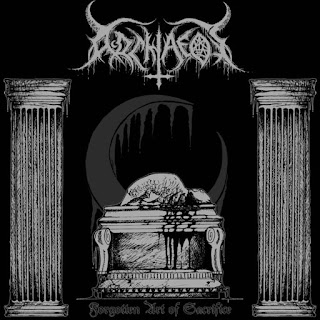 If you are looking for a band that mixes with good result both pagan rustic tunes and harsh evil black metal this is a fine place to start, From the start with the atmospheric intro to the blasting cold first song you know this could very likely turn out great and it does! it flows solid and strong all the way through the six tracks.

There is some great use of  keyboards, pan flutes and similar sounds fills the night sky in a very organic way  and in the next minute bestial  hell fires bursts out! Epic and harsh, ancient and proud.Vocals are also just right with its raspy war style. Also some nice mix of relentless aggression and moody grooves and the cold shreddings are effective, this release honors both the first and second black metal wave and even some heavy metal i feel sneaks inside the compositions... in other words it has a little of everything but at the same time feels like a cohesive whole.

A solid  release that gives big promises for what they could create on a full album in the future.
I hope it will be here sooner then later.


Released now by the great Lower Silesian Silesian Stronghold- on CD
and by - War Productions- on Tape (Later in December!) 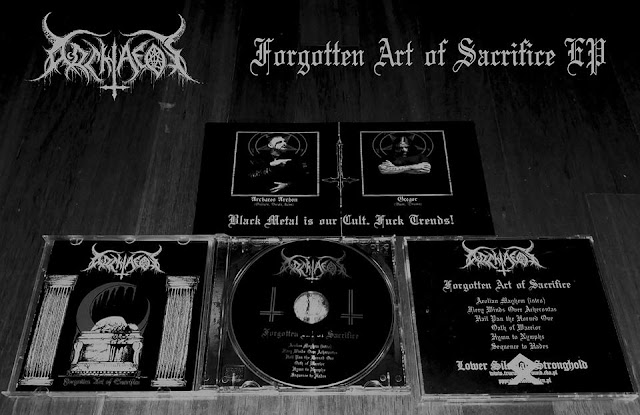