This is the debut album from the New Zealandic Post-Black Metal/Shoegaze band Apnea...yeah for the people that has been reading reviews here at RAW WAR some time know my dislike with much of the inclusion of "modern" post and shoegaze into the realm of black metal and yes i dont like this release either but that dont mean it is a bad release as this review is just a reflection of my personal taste. (if anyone did not already got that) 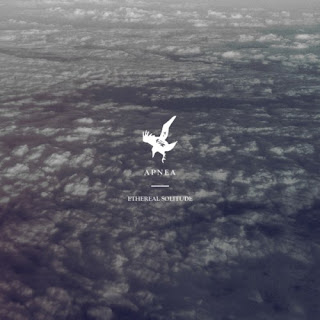 First, this is not black metal and i cant understand why in hell bands like this are so adamant saying they are black metal?! It just feels so bullshit hipster behavior to do so and they at the same time just looks dumb and shows that they have no clue what black metal is....

Anyways! Back to this release, Apnea has a very atmospheric spacy sound and as the genre tags mentioned earlier they sound just as you would expect them to do and if you like that stuff i dont think you will be disappointed here as they are technically professional and their emotive spectrum has that 00´s post glimmering and long building compositions, best thing for me here is the guitar parts (and the production is nice) and the worst (besides that they call themselves Black metal) is the emo-hardcore vocals (again not bad but if i like to listen to hardcore i listen to Gallows or something, and if i like to listen to Shoegaze i listen to Joy Division or The Horrors album Primary Colours or Skying) so it is not an objectively a horrible release per se just not for me.

So if you like a mix of post emotional metal that gazes their shoes for between 4 to 8 minutes in a shimmering veil of light go for it! I know there are many out there that like this so...

...and i read a raving review of this somewhere online and he besides the praises describe parts of "Ethereal Solitude " as "ambient darkness, blackened grimness" !!! What? Where?  I dont think we have listened to the same album then.