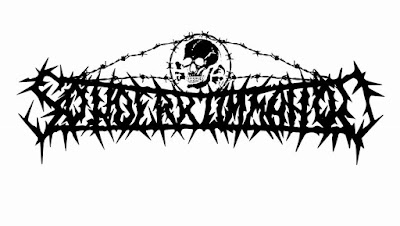 1. Hail!
Hope your day is fine in Finland?

A: I´m good. Slush raining from the sky and it is dark as fuck.


2. Let us take it from the start i think, as it is more the obvious
with the bands imagery and themes that the NS road is what you walk on but when in life did you realize that this was a path for you?
Was it some event in life or by coming in contact with people or literature that had this conviction or content?

A: I have become national socialist gradually. When I was at 8th grade I became more hateful and I was going into different direction than anybody else. It has been years of self improvement. I've read tons of good books about fascism and national socialism. Cultural marxism grows everyday around me so my ideology only gets stronger. Nowadays I don't see national socialism as hateful ideology. It is the only natural way of thinking. There is nothing hateful to love your own people and preserve our own culture. Only because there is lots of people who want to destroy us we must stand against by force to those who are hateful to us.


3. As any intelligent human should know is that history is written by "winners" and thereof the history books has many "black holes" in them and straight out lies only to put them selves into the angelic light, also with mainstream media it is the same with more or less convoluted news...by saying that i understand one search after more correct fact about history and the modern world. My question is how you come to the conclusion that the holocaust did not happen? I myself have not discovered anything to convince me that it is a lie but then again i have not really looked at that specific subject.

A: Holocaust is a lie. In WW2 lots of people died in camps in west and east. Not only German camps but soviets also. Every nation in every war had camps where they locked enemies and people from conquered areas. People who died in concentration camps died on diseases. Germans documented every dead person on books. Some of them died on flu, some of them pneumonia etc. There is only few executions listed on books. Why the gassings wasn't documented by Germans? Why Germany would have done this massive extermination program during the war when they battled in eastern, southern and western front? Also those ”gas chambers” in Birkenau are built after the war by soviets. Every people who work there nowadays as tour guide etc. Knows that. But it is not told to tourists. Only gas chambers that exists was used for cleaning clothes against parasites. Also if some American or British soldiers claim that they saw gas chambers it is a lie too. Those alleged death camps was in soviet territory. Read jewish supremacism by Dr. David Duke. Read texts of Fred A. Leuchter (Leuchter Report). Also there is an interview on Kuoleman Pataljoona from him. You can hear it on second track.

4. Tell me about how and when you started this band and what do you feel to be active with it? I mean what do you feel you get out of creating this music personally? And how did you pick the band name?

A: Idea is ancient between me and vocalist. We were going to make war metal in Finnish language first but before we found proper drummer I joined to DoomOrder and the original idea was buried. Not too many months ago I decided to summon the Sonderkommando as noisegrind band. I feel that I should do this to offend everyone. More aggressive and hateful than anyone else. We use national socialism because it is hated ideology in many countries. But like said it is not really hateful ideology. I don't recall why I did choose Sonderkommando as a name. Most likely I came up with it when I was reading about Lapland War from Wikipedia or some book. (there was unit called Sonderkommando Nord). After some research about the usage of Sonderkommando I decided to use it. Sonderkommando is german and straight translated it means special unit for special order.


5. How does a rehearsal session look like for Sonderkommando? What equipment
do you use for this sound?

A: To be honest we don't rehearse with full line up. I play bass at my home and I summon ideas how the songs should go on. When we record we gather all ideas and use them. Partly it is improvised but lyrics, some of the riffs and song structures are done and thought before. Everything is as primitive as you can get. We have only drums, bass with distortion and distorted vocals and we record all live in rehearsal room. That is what we did on Kuoleman Pataljoona and that will go on next release which is called ”Hirttäkää Heidät”.

A: It is possible but not thought it seriously yet. We only have session drummer(s) who will be always  uncredited so we don't have full line up for live shows. If we find permanent drummer someday I guess it could be possible to perform before live audience (unlikely, but possible).


7.How is it in Finland nowadays with the politics and  migration, what do you think
is the most realistic way to solve Europe's problems?

A: To be honest I think all hope is almost gone. Nationalism is the solution. Only way to go back is to eliminate this semitic tumor and cultural marxism which is harmful to European existence. We need to bear arms on borders and start to waste these invaders and smash the weak ideology which is infiltrated to our society. It is a zionist agenda to bring chaos and diversity to all over Europe so they can enslave us. They (kikes) use islam as a weapon against the white man. Jews = scum, muslims = scum! 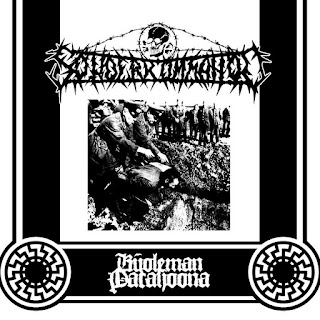 8. Tell me about the Kuoleman Pataljoona release, the song lyrics and who is the man talking
between the songs? How did you come in contact with the label?

A: Kuoleman Pataljoona is a hateful assault against niggers, kikes, muslims, christians, anarchists, leftists and every weak minded people who walk on this planet. Lyrics are just about that. Man who you can hear at second track is Freud A. Leuchter (said above). He gives you facts why holocaust never happened. I am great fan of Seges Findere so it was clear choise to choose Deathcamp rex as our label. I've been in contact with that label for over a 2 years or so. Other 2 of my bands use this same label also. The most extreme label on earth. 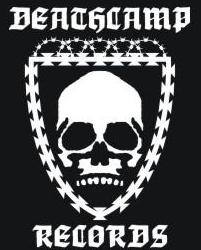 9. Besides this release is there any more plans for this new year?

A: We are already working on our next release which will be released on this year also. It will be called ”Hirttäkää Heidät” (hang em high) and it will contain 4 tracks with extended length. Running time aprox 30-40 minutes. It will continue this same sound, ideology and structure as Kuoleman Pataljoona. Only longer songs. Don't expect anything fancy. It will destroy even more than Kuoleman Pataljoona.

10. Thanks for taking time off for this interview!