Some years ago i reviewed Wulfheims (Spain) third album "Alsvart" and liked it pretty much...time went on and suddenly i noticed a new album had been released so naturally i had to check it out!


Funny thing is after the dark sinister intro track here on "Abomination" when the first actual song started i thought there was something wrong with my headphones or that the contact was not really put in....i did not hear any bass...the sound that hit me was like a furious thin dishwasher swirl sound! Once i realized that the sound was sounding like it was meant to (no broken headphones etc) i could settle down and give it a proper listen haha. 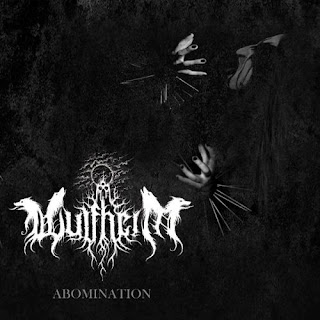 The good thing is that after some tracks (which all has a similar type of production sound and delivery) when you get used to this peculiar type of sound-mix  you find some nice maniac blistering black metal! It is really a over-the-top attack!

Yeah i actually even like this album better then the last one (which has a similar digital high pitch swishing style, programmed drum?) as it take this style a step further both in intensity and in compositions, in other words he has honed his skills.
I like all the little musical stuff he puts in here and there through the steely storms as they enriches the whole experience.
First you will think WTF! haha but give it some songs and you´ll hear whats really in store.  I cant really compare Wulfheims sound to any other acts out there (soundwise)... i guess there is some bands similar but i must have missed them. Either way if you are looking for a medieval thunderstorm this can do the trick!

The only thing i would have done considering its relentless speed and attack on all tracks (not counting the outro/intro/interludes which helps though the albums structure) i would have picked off 2-3 tracks to keep the running time shorter, for me at least it would helped my brain not to boil over hehe. It is a bit of an over kill.

What ever you think after reading this review i feel its totally worth checking this album out. 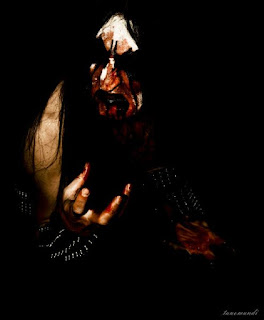 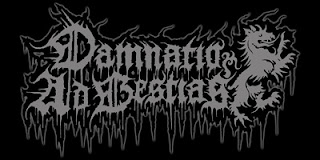