Ever since i heard their 7" "Shine Through My Scars, Morning Star!" my interest has been activated for this Finnish traditional black metal band, they originally started and released 2 demos back in 1993/94 to then go silent to later pop up again in 2010 with the "Msilihporcen" Ep/demo. After this comeback they have stayed above the surface and kept a string of releases coming out and this is their second full album. 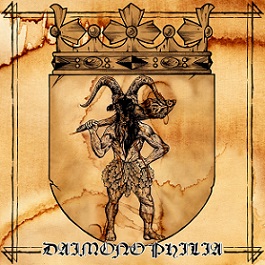 The first album was a solid debut album & also a very strong conceptual one ...soo how holds this second opus up? Well first few times i listened to it i was not getting any hot vibes from it and felt it was a bit boring and loose around its edges...it felt more like a random regular black metal album that was not bad nor good and i was missing the weight of the goat the weight of "Pagathorn"!! ...Luckily i did not write this review at that stage because now after 5-6 spinns more i have reevaluated it!

Yes this album needed some extra spins for me to open up show its treasures, so while i still feel it is missing some of its meaty personality as the first album and demos had there are some good songs to be heard here as the grand " Rise of the Celestial  Scythe"(probably the best track) or the heavy final track "Throne of Lucifer" or the melodic but evil "Ghosts Among Us".

If this was an album from a new entity i probably would have been more positive but as this is quite far into this bands history i cant say its their best release but saying that i cant say its a crap album as it is a good delivery of satanic music (also production is clean but punchy, guitars,drums and the nice raspy vocals is in great balance) just not as complete as a release as before.
Fans of the band shall of course pick it up as it is worth hearing. 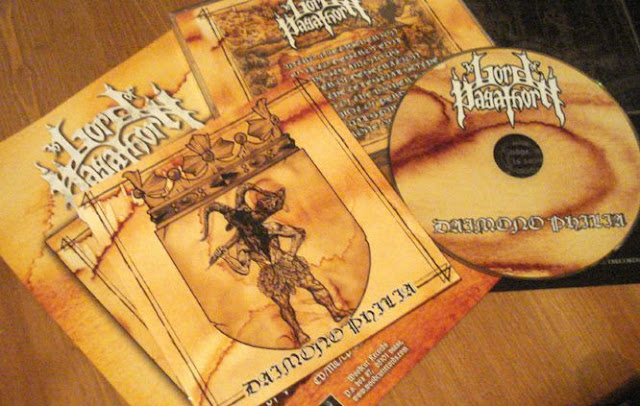 professionally made record but uneven in songwritting i feel this is an album between albums.