And a pleasant tape it was... well first i like to point out that this could have gone really bad as he (Kale) mixes inspiration from both post rock/indie (a bit shoegaze) rock with bleak mid-tempo black metal...usually i hate these mixes but here it has a delicate balance that the end result is solid and not dumb and hipster´ish....while not perfect the songs has a good slab of memorable melodies and variation in between them and also inside them. 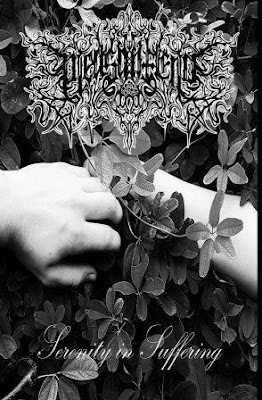 Nice witchy raspy vocals (and some clean back vocals) and the fronted guitars carries the somber melodies well along with the quite upbeat drum beats, its melancholic but also a bit romantic (dont go running now! I dont mean romantic in say a Twilight way or something) as the cover suggestes so dont expect total coldness here.

The big negative for me here is the production while it has a nice raw and balanced sound it has something that pumps the sound in and out of the whole sound from start to finish which strips away from the enjoyment, first i listened in my earphones but there the pumping sound got too dominant so i had to listen to it without them. You can listen to it though as it is but it would been so much better without this effect. (or if it was something that just got wrong?)

All in all a interesting off-shoot (strong personality for such a early demo) from the more standard BM styles out there, will try to snap up some future release of this Australian one-man band Pleasant End to see what he will be up to. 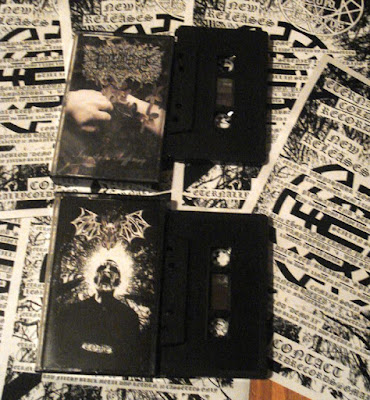 This tape was released by Eternally Cold Records
link:
http://eternallycoldrecords.bigcartel.com/