I would rather call this debut album rather then demo as its described as but either way this first release from this Austrian band is a good one! 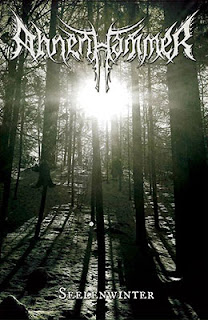 They play in a kind of mixed style but the overall main frame is in raw (as in production and delivery) Black metal but they have a flair of using ambient/atmospheric/samples in secondary layers that hightens the musics soul quite much, first track is a good example (and perhaps one of the best songs too) with these extra layers that both makes the experience richer and makes the band stand out from the crowd. Sometimes there is even a kind of a primitive punk/RAC/barbarian rythm and also quite slow/heavy tracks that oozes of melancholy and dread.
Music in other words is both "simple" and "deep" which is a feat in its own to manage well.
Vocals is using both harsh screaching in higher and lower register and production is of course raw and in your face but enough balanced i think for this type of style.

All in all it is a great album perhaps a bit long (some song on side B could be excluded) but not overly so, i enjoyed it easily but it holds up with repeated spins, perhaps fans of NSBM bands like Der Sturmer, Wolfnacht and the alike will lapp this up like fine cream hehe....not that the AhnenHammer is waving  the NSBM banner but their sound and atmosphere is similar so besides regular BM fans those will feel at home even quicker.

War, hate and nobel vibes is streaming down the lake of time! 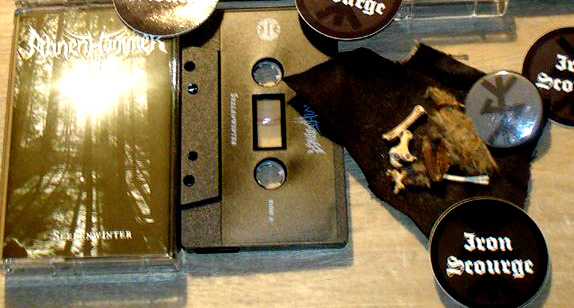