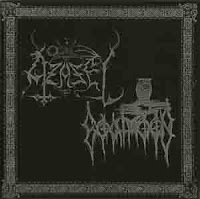 The first four tracks is from the old  Finnish demonic bastards Azazel, the group first surfaced on this earthly plane in 1992 and released only one demo & one Ep only to then return from where they came from... time went on and suddenly in 2011 they appeared again and created a this split with Goatmoon!
(And they have now even released a full album thats called "Jesus Perversions") 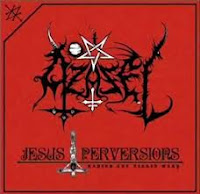 First song is more like a psychedelic intro with screams & piercing feedback, the next song "Rebellious Angels" kicks away with some really meaty and fat almost groovy riffings, ghoulsish singning and raw unpleasant black metal all through their songs. Very good songs and i may maby put Azazels creations over Goatmoons...

After Goatmoons the very "woody" atmospheric opener their old cold souls start to tremble with evil intent! Whatever you may think of this horde they do great music. (especially on their album Varjot) 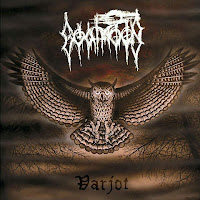 High pitched screams bleads all over the night sky and the well composed melodic parts fights along side with some bleak and harsh riffings, primitive black metal that fills its ugly purpose. 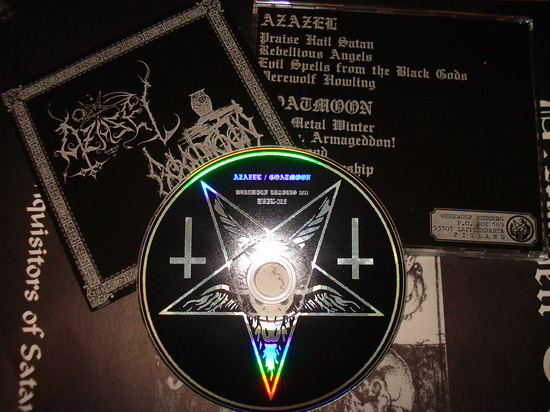