This fantastic little Ep from the French SVEST (re:2008) is such a fine example how BM can be infused with whatever comes to mind if the creator is skilled enough, the first two songs contains so much of chaotic & hypnotic compositions that elevates you to a higher dissonant darkness! It almost feels like you have listen to a whole album...

It has the "wall of sound" but its punctuated with many melodic sections that it works better then others a like, some of the structures and melodies even reminds one of some of the 70´s psychedelic bands...and THAT could have been something that would felt totally out of place but with SVEST behind the wheel it does not.
There is much of great building up in the music and the singing is gnarly and hatfull & spits left to right in an medium range tone, everything melts togeather well but the third song feels more like an long outro then an regular song in its structure & there is almost no singing in it, its a good track but it doeas not really go anywhere rather then fades away in the end. 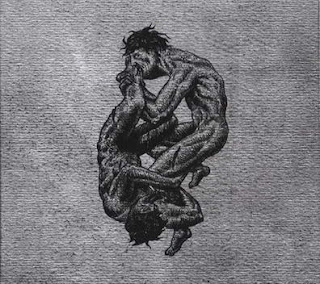 The Ep has also been released with Deathspell Omega as a split with the same cover... a little confusing, it has the same songs plus Deathspells 22 minutes track.... wich is a good song to but SVEST hits the highest marks here.

So if you are new to this band i think this Ep is a nice way to dip your toes into the world of SVEST.
And by the way SVEST stands for : Satanas Vobiscum Et Spiritum Tuo 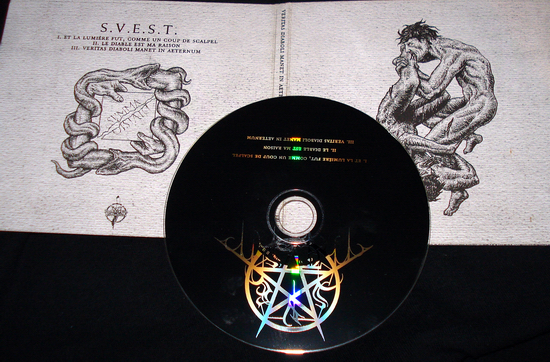