1.Hails! How is your burning summer so far Invokocide?

- Hails Raw War, maniacs, we have been writing death, while Abyssnil learnt the bass parts of the recorded material for live shows.  We will record a new EP, near the end of the year, followed by the next full length sometime later on in 2015.  The EP tracks will be exclusive.  More live shows will be planned.

2.As i understand you played your first gig Eskhaton ever now in April around the same time as your second album also was released? How did it go from your viewpoint? Any electronic problems? Nerves?
and how was the overall mood with all those band in the backstage?
Any drama?
- The show went well although there was only one foldback speaker for the band which couldn't be heard anyway and the PA systems reverb wouldn't work.  There is no backstage area at that venue.  No nerves or drama, only psychotic savagery.  It was wicked to blast our chaos live for the first time.

3.Regarding Eschatology thats a part of the theology of the absolute end of life/time etc, is
your viewpoint from any specific religion/mysticism or do you grasp it as an overall fate of mankind regarding any beliefs?
And do you see life as cyclic death & reborn process until it all ends with nothingness left or do you believe that the total death/end is just for this era and something "else" will take place afterwards?
- It is the inescapable fate of life and it's realms.  The Gods of life will perish.  The end is not a beginning point.  If another era occurred the Eskhaton is still to come.  It includes all dimensions, extra-dimensional beings, the multiverse, every fucking thing known and unknown crushed to nothing till the void, motionless.  Death is ultimate.  Self devouring darkness.  Alone as inexistence, timeless, in frozen perfection.  The Devils will devour all.  Die.
4.An obvious statement but your music is fitting very well this metaphorically end of time with its thundering chaos & destruction that fills the sulphuric air! But after creating or unleashing
a song does it makes you calmer personally or in other words is the effect cathartic?

- We are filled with the burning hatred of demonic madness that cannot be diminished.

5.Have you thought about or spoken to some band regarding to do a split in the future?
- Yes we've thought about it but nothing has been planned.

6.How was it to grow up in Australia as someone that was heavy into metal? Anyone who tried to get you into some religion? Some nice priest? hehe

- We've had some killer psycho shows I attended over the last twenty years or so in Australia, national and international bands.  Some of the more killer overseas bands I can recall are Slayer, Incantation, Diocletian, Morbid Angel, Marduk, Archgoat amonst many others, plus Carcass this year.  I am and always will be against God, heaven and the sheep.  Nice priest?  fuck no, only good priest is a dead priest.  Crush the priest... the feeble church.

7.Great artwork from César Valladares on the new album by the way!
How was he to work with and did you get the original artwork? Would look great on the wall! 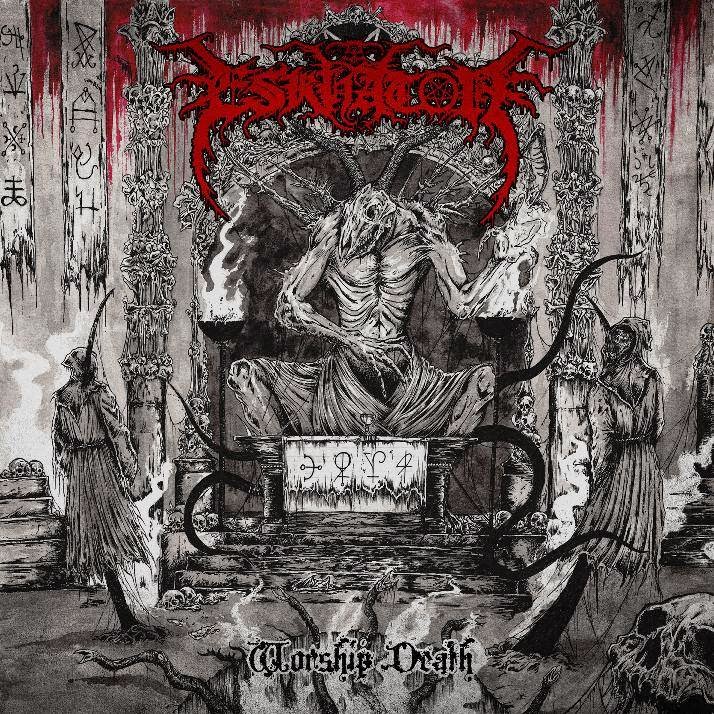 - Hail César!  The artwork is the perfect representation of Worship Death, would like to have the original, yes it would be killer amongst the blood and bones.  César is very easy to work with, and he doesn't waste any time working through the nights like a crazed maniac of the dark arts.
8.When will the DEVILMENT 7inch Ep be released? And will the first two albums be released on vinyls also? 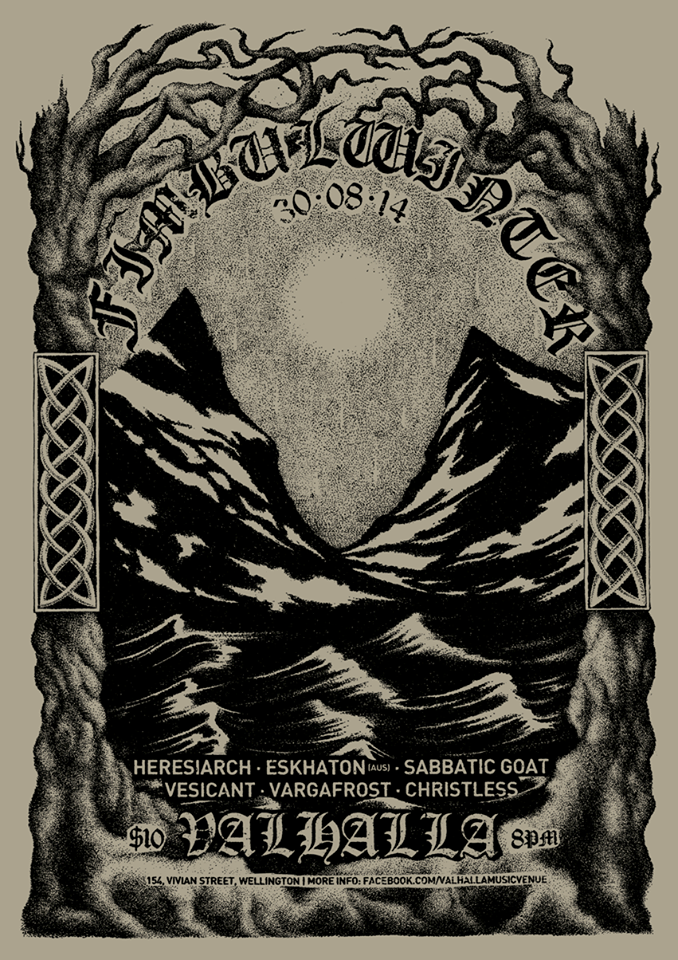 - Fimbulwinter is happening at Valhalla bar in Wellington New Zealand Saturday August 30th.  We look forward to rip the place apart with the help of the New Zealand Death hordes, Heresiarch, Sabbatic Goat, Vesicant and more.  Prepare for total death.

10.Thanks for answering these questions! Best of bloodiest luck to you now!
- Worship Death or Fuck Off! 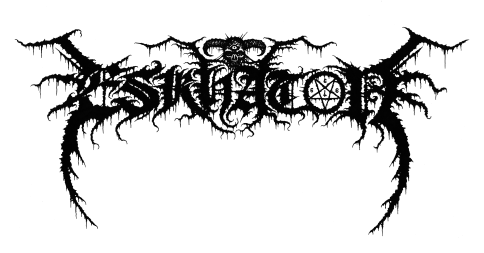