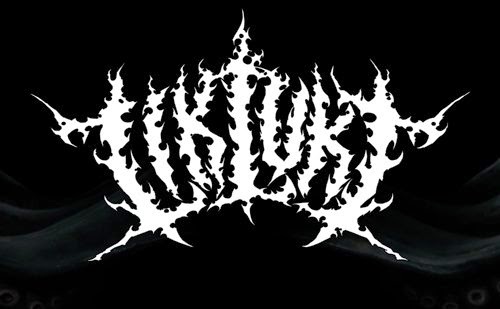 1. Greetings!
Hows the summer treating you?
...this time a year i guess the corpses smell the worst! hehe


- That is very true, haha. We are plagued with the hottest summer in recorded times here in Norway, and we're barely holding on. Good thing our rehearsal space is in an old bunker with 2 m thick walls.

- Twenty years is a long time indeed, but we have always had a relaxed view on the concept of time when it comes to Liklukt. We just keep doing what we do, which is make pretty standard death metal inspired by the first few bands we listended to, combined with some more recent influences here and there.
The first demo Anal Hell was a pretty raw affair, with main themes shamelessly ripped off from the bands we listened to at the time; Cannibal Corpse and Sepultura. The reason for the following long gap in our output was that we made two or three more demos during that time frame which were not good enough to release. One is lost forever, and the other one is sadly somewhere. Hopefully it will never see the light of day.

Combine that with studies and the legendary slow working process for Liklukt, and you got your answer.

3.Then you released one demo each year until the second rift,
what happen under the 5-6 years until you created this first
Liklukt album "Bay of Kings"?

- The lineup for recordings has for the last fifteen years been me and Cigar, and at that point in time me and Cigar moved to separate parts of the country, and the Liklukt progress slowed almost to a halt. it just picked up again when Cigar finally moved to Trondheim where I live, and we got ourselves a rehearsal room again. This new found vigor propelled the process forward to recording Bay of Kings.
Now we are back to a standard crawl pace again, but at least we are being somewhat productive, as we already have some new songs written and ready to go for the next release. Whether some label will release it or if we'll have to go back to the demo world is anyone's guess at the moment. 4. While talking about this debut album please describe its themes
and story!

- Well, it's pretty uninteresting stuff for non-Norwegians, as it basically deals with a series of incidents in the end of the 60's culminating in a big mining accident on Svalbard, prompting the famous Gerhardsen led government to resign.
The story itself isn't long enough to do a whole concept album of in itself, so we tried to picture it in general terms from the workers' side as well. The title track is our tribute to the workers and their families.
We are not in itself a political band on any level, we just try to tell the story from our perspective.

5. Would it be fair to say that your meaty death metal stands with one foot in fairly old-school death metal and the other in rather modern punchy death metal?
And have your style transformed somehow from the start to now besides just getting technically better?

- Well, we never looked on our approach as old school at all, until it suddenly struck me that our main inspirational albums came out 20 years ago.
When I think about old school I still think early Death, Entombed etc. Our main influences starting out were primarily Tomb of the Mutilated and Chaos AD, then Slaughter of the Soul and The Bleeding shortly after. Those were not old school then, but they might be now, I don't really know.
We have just stuck with that style. As time and influences has gone by, I would say that our main goal is to make the bastard child of Slaughter of the Soul, Litany and The Bleeding in album form. We are still way off, so we got lots of work ahead of us. We are also trying to get that "turn of the millennium" production we mostly listened to in our early years, right between the era of under- and overproduction.

6. Do you have any personal experience with submarines?

- Sadly, no. It would be huge for us to be in one, but so far we have to make do with Discovery documentaries and various submarine movies.

7. Any compilation album in the plans on all the past demos?

- Not really. They three latest ones are all still downloadable for free on our webpage, www.liklukt.com, and it would be too expensive and more or less a waste of time to do so. Those three latest demos were all printed in 100 copies and given away for free, and that's where it will end in that regard. I doubt there is a huge market for them anyway.
We will probably re-record some of those tracks for future releases, as some of them are deserving of a better production.

8. Is there some gigs coming up this year for you?

- No gigs, I'm afraid. We are busy and lazy old men, and seeing that there are only two of us, there would be a huge undertaking getting a live act together.
There have been only two Liklukt gigs in total during those 20 years, and those were all over ten years ago.

9. Thanks for this little investigation!
Best of luck now out on the seven seas!

- Likewise, thanks a ton for the interview \m/