Here we have the first spells from these two new soldiers!
From the first time i saw the band names/logos i felt drawn towards them and rightly so it turned out. 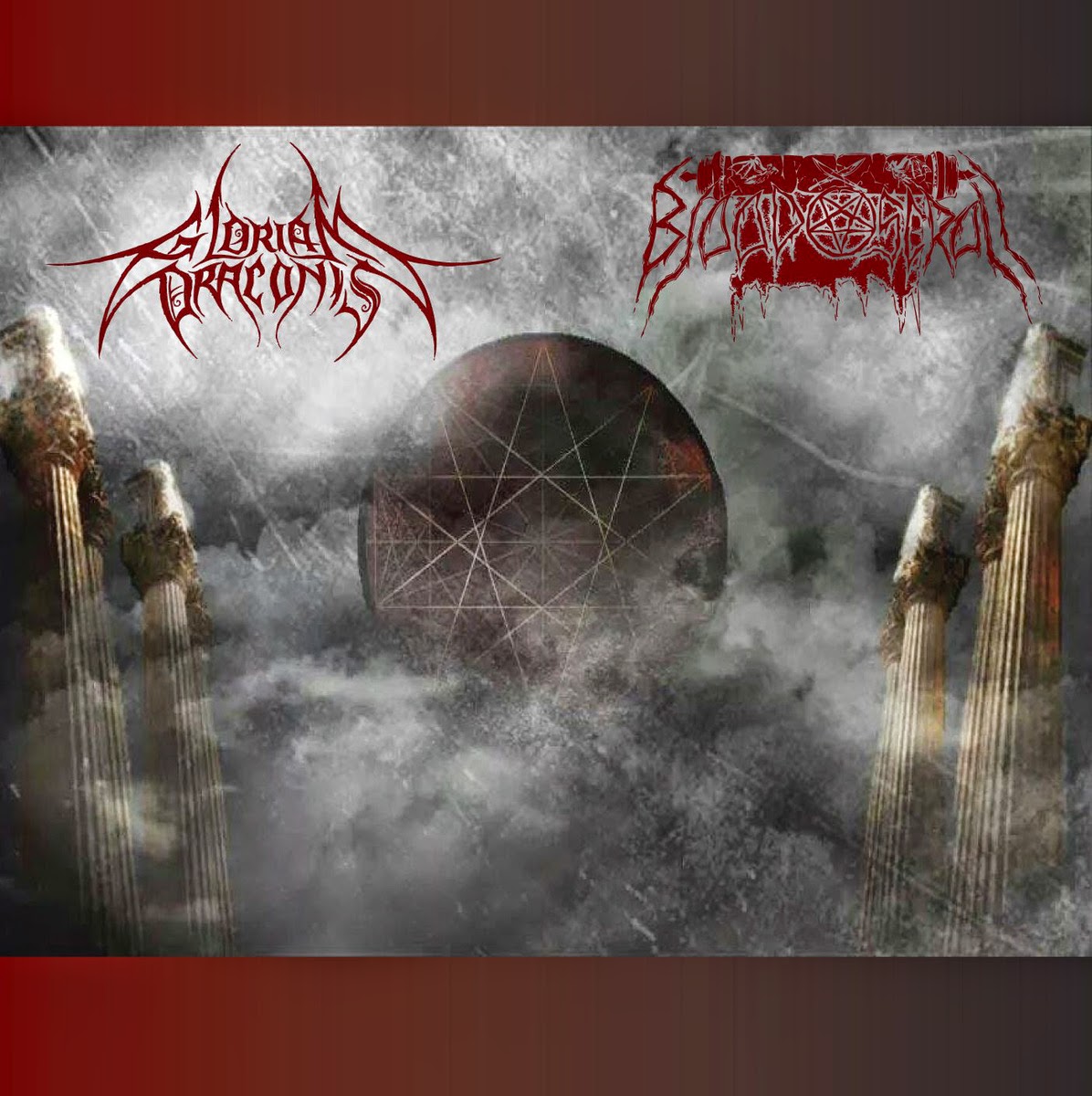 When i got this cd home i realized that they have mixed the songs a bit unusual namely they had taken turns on the track list instead of splitting them in two... i thought it could screw up the experience but that was not the case to my luck instead they serve to each others strengths and elevate it higher. Sure the both productions is a bit different with the GD a bit cleaner and grand as the Bloodscroll revels in a nice pot of raw witch soup but they fits nicely together anyway somehow.

The direct difference between them two besides that they create some strong solid underground black metal is that Gloriam Draconis has the stance and coat of a extroverted soldier of  the great serpent Tiamat and Bloodscroll has almost the opposite role with a more introverted cave ritual aura to it.
Both has strong melodies and dramatics in their music and has evidently infused some firm black flames into their works! You wont find some crying black gazing slackers here hammering away in some two riffing cycles but two creators whom fills their songs with all they got.

Not that it is in need of it but to make some referential likenesses i would say fans of Stutthof/Acherontas would like the Gloriam Draconis parts and Drowning the Light, Atra would like Bloodscroll... and people who like true black metal will like it all. hehe

I know some new nasty stuff is on the way from the GD bunker and i think also some is brewing at the Bloodscroll nest.
And be sure to check out my next sister zine Cloven Hoof which has an indepth interview with Gloriam Draconis, will be out this summer. 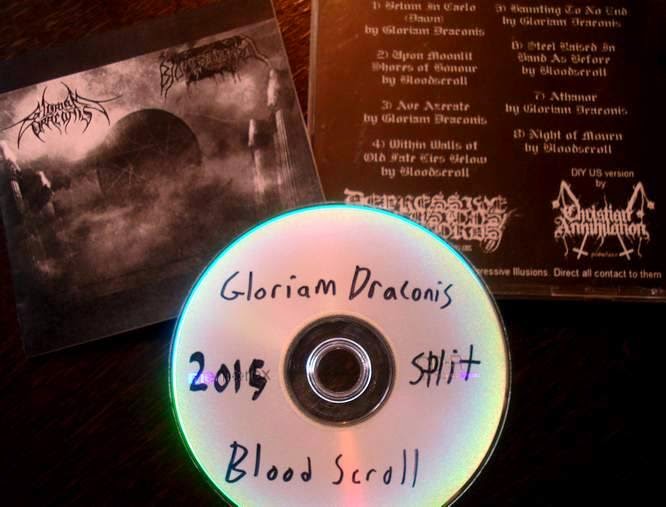