Luciferian Rites - When the Light Dies

Here is the sophomore album from the this relative new Mexican cult, as they proclaims themselves to be heavy influenced by the harsh and cold Finnish BM-climate one likes me (Finn-lover) will stop and take notice! 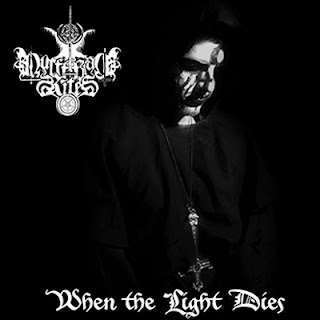 As i have not heard their first album or the demo before that i can not tell how they have evolved but sure is there some Finnish satanic winds blowing through here!
I think though that which is good anyway that they show both their own roots as much their inspiration...

From the start its full on satanic action with some moodier variations like song 8 (one of the best also), traditional in content and in execution just as the band intended i guess.
The music is draped in grand melancholic and traditionally melodic darkness that can be found on in Finland (often though i think that the Finns have often a harsher approach to their production sound and has a broader cultivate taste in Nordic freezing harmonies and vileness) but i also senses bits of the Hellenic scene and some others.

LF songs is nicely put together and feels not sloppy or half assed as their personal interest in this genre feels wholehearted albeit young, the whole album flows from song to song as almost it was one long song which is not directly a bad thing but to throw in some slower or different type of song in the mix would give make it stronger overall.
Production is balanced and all members work is hearable, as guitars flow trough their emotions with some good drumming and a nice bass so does the howling witch vocals as it shrieks high up in the night sky. 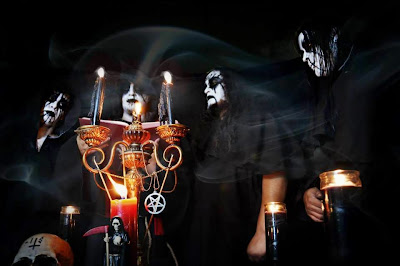 Fans of bands like Behexen, Wulfheim & Skuggan and similar should check it out besides from the regular hungry demonic listener.