1. Greetings & welcome into my dungeon! So lets start with the basics!
Whats the story behind you guys came together and started this bleak black metal band?
I cant say i know much of the India BM scene besides a band here and there like Tetragrammacide so how is the BM climate over there you think?
And has the name Nagaland anything to do with the " नाग, nāga"?

-we started out just like the other bands,we shared the same taste of music so we decided to form a band and become immortal in the bm community And first of all we haven't heard that band "tetragrammacide" and about the bm scene in India is still not well stabilize,only some few bm bands have marched till now.

In the northeastern part of India there were a group of people with pierced ears and bare skin. Which was why the Burmese started calling them "Nakas" meaning people with pierced ears. That was most probably the reason why Nagaland actually came to be called as "Nagaland" now. The nagas are also known as Head hunters since we cut off the heads of the enemy warriors as a sign of victory during the ancestral era.
Nagas are a group of people who migrated from China and Mongolia, which is why there can be a lot of similarities that can be seen in terms of culture, festival and language.

2.When did you discover black metal and what band was it?

-it was some few years back around 2007-2008 when we started listening to bm stuff and the first bands which was a great influence to us are bands like the legendary bands "Mayhem" and at the same time "Gorgoroth"Darkthrone" etc,,,,

3.How did you come in contact with Wolfmond Production and what response did "Kingdom of Falsehood" got when it was released? Is there talk about some vinyl version perhaps? Did you release some self release demo or something before this? 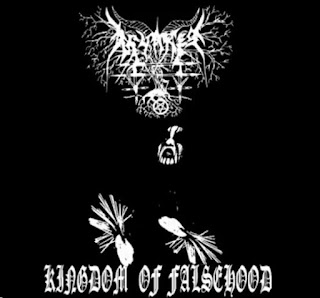 -we came in touch with wolfmond production through our friend 'Marino Zucca'guitarist of "Thrymheym" from Italy and the response about our album was overall good ,great feedback from our Fans. 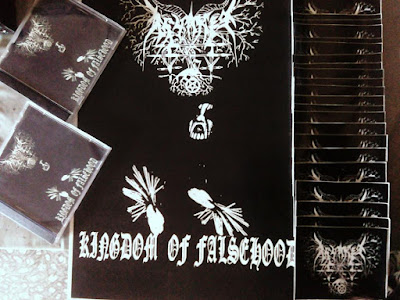 4. I saw some shit about some Ukraine band stealing your name etc, what was that really?

-set out browsing our songs on the search engine when this project with the same band title popped up on a free-hand website namely 'last.fm' leaving us curious while we downloaded the songs and encountered the copy version of our songs being displayed 'escape the tracks''chasm' and 'cold blue' etc.
The cause could be due to the misplacements in the layout or probably a fraudster messing around.
No issues however.

5. When we are on the subject is there some known rip-offs over there one should know and avoid?

-none to my knowledge,just the ukraine band being mentioned

6. Back to the album, i really like your riffings besides everything else so razorblade sharp, cold and hard hitting..almost groovy hehe! besides inspiration from 2nd wave black metal what other metal are you influenced by that can be heard in your music?

7. Whats your view on Satanism?

-Satanism is worshipping thyself, bringing forth our animalistic instincts,being individualistic and keeping prior to the understanding that you are your own god. Embracing and rejoicing our carnal existence,our imperfectness and choosing to stand for yourself,to be a tenacious & knowledgeable warrior holding an ultimate purpose to stay the fittest of all.

8. Can you tell about the lyrics to the songs "Revealing the Dreams " & "Kingdom of Falsehood"?

-the interpretation to the song 'Kingdom of Falsehood' being crystal clear and straight gives off a brief view of how Christianity and it's roots drives people into an abyss of false ideologies and concepts.How they are being brainwashed into seeking for the kingdom of the eternalness in their afterlifes. The instrumental track 'Revealing the dreams' having a mutual relation with the soundtrack 'Kingdom of falsehood' is the intro revealing the false dreams,fantasies and delusions plagued into the mindsets of people for a greater kingdom which is a full-fledged chimera

10. Thanks for your time, last word is yours!

-we are honored talking to you and being a part of your zine (RAW WAR)
to support and keep the scene alive! 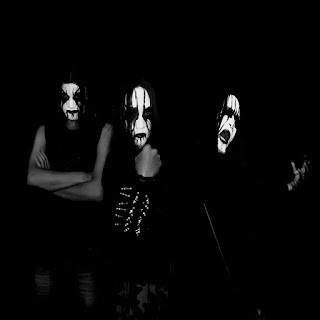