1.Hailz!
Let´s start first with the "inactive" status of the band you stated.
What can you tell about how this came to be and/or is this "inactive" state
something temporary or is the band completely put to bed?

- Necropriest and Bloodoak here.
We decided to end Mardraum at the beginning of 2015.
However, a new black art has spawned under the name Goatblood,
with three of the Mardraum members.

2.With that out of the way i feel it could be in place to reminiscent
somewhat and look at the hordes past activism.
As i understand it all started around 2011, was it the four of you
from the get go or did it take sometime to find all the members?
And how was the first demo recording?

- Mardraum was conjured through mutual friends late 2011.
It has always been the same members through the entire discography.
When it came to recording the first demo back in early 2012,
it was more or less a rehearsal recorded on an analogue tape.

3.Then in 2013 the first full length "Introitum Inferni" was made & released,
was it only a self release this? What can you say about this album,
did it become as you wanted? And can you shed some light on the content
of the songs Dargothoth & Esoteric Henosis? 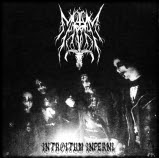 - The production and concept was what we wanted at the time.
However, an unnecessary amount of copies were made for this release.
Reflecting back on the album, we can hardly compare this release to the most recent
and last release from Mardraum ‘Southern Darkness’. Lyrically, Dargothoth was
written by Abysmios; it delves into mythology and folklore. Esoteric Henosis was
lyrically written by Bloodoak, read the lyrics…


4.Then after some demo/rehearsals (but still the same year) the first split surfaced
with the band Entity, how did you come in contact?
What can you say about Your contributions on the alternative version of the
"Besieging Christendom" song and the new one called "Worship and Devotion"? 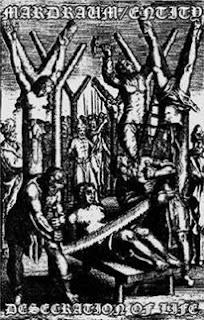 - We were contacted by a member of Entity for a split.
The Mardraum side was recorded on 4 analogue tracks.
We have nothing else to add to this…


5.In 2014 the second full length "Abhorrent Visions of Misery" got out on the
Australibus Tenebris label. Is that a label some of you run?
Compared to the first album how would you say this has that the other has not and vice versa?

- Australibus Tenebris is run by Bloodoak and Necropriest.
It originally started as a platform for us to release our bands/projects on.
It has now stemmed to releasing not only our music, but that of us close friends and contacts.
Compared to ‘Introitum Inferni’, this was recorded on complete analogue format and the songs
have invoked into more of a developed sound. 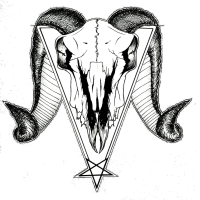 6.How would you say your personal journey looked like or
changed during/through being apart Mardraum?

- We have gained numerous and honorable contacts through playing live Mardraum shows,
as well as running Australibus Tenebris.
However, we have experienced a lot of Jew-like behavior in the so-called
“Melbourne Black Metal” scene, even though we do not consider there being a scene
or that Mardraum was ever a part of, due to the cancerous amount of PC faggots
and circle-jerking posers that infest it. 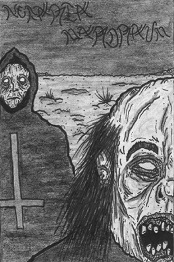 7.Second split with Nefaria got out in the summer of 2014 and also a live album.
Talking about playing live i have seen photos and so from some of your gigs, you
seem pretty active playing. Would you say playing live is a bit cathartic & what gig do
you feel went the best and the worst?

- Our favourite gigs have always been private gigs (Raping the Nazarene), as well as the
annual Recrucifying the Bastard in Van Diemen’s Land – we are honored to be a part of,
not only with Mardraum, but we have made an appearance with Goatblood and Rattenkönig.
Our last Mardraum show in Melbourne was pretty chaotic, not going into too much detail,
but it involved bass smashing, head splitting, fallback bashing and upsetting some PC cry-babies.


8.The third (and last?) full album "Southern Darkness" came out this year,
only two of you on the cover... but was it made with full line-up? 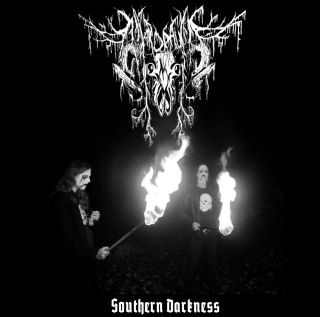 - Southern Darkness was recorded in Van Diemen’s Land by our good friend Vrag Moj.
This is our proudest work from Mardraum and we are honoured to have this album released
on CD through Totenkopf Propaganda Productions and on pro-tape by Hammerbund.
Buy or die!

9.How is it to grow up in Melbourne, Victoria in general and when your into
black metal and the occult?

- None of us grew up in the inner suburbs of Melbourne. In fact, Necropriest, Bloodoak and
of recently Lortiis Nazghoul are living together in a small forest town about an hour’s drive
from the Melbourne city.

10.Thanks For this investigation! Last word is yours.

- Now Goatblood has risen from the ashes of Mardraum,
Goatblood is the sound we have always wanted to achieve!
Cheers for the interview.