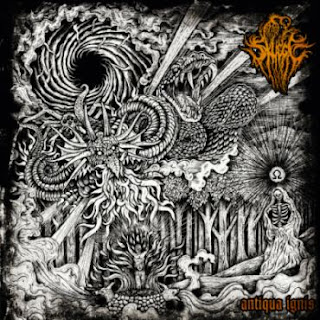 If this is the last of Skyggen then he stop at the top of his game as this album is  a powerful occult journey through the spheres of  death and transcendence beyond.
With hypnotic mid to fast riffing and abyssic drumming as a violent wall and superb ghastly  guest vocals by Adramelech (Svarthaueg ) the experience you find here is great! Sure it is not so much variations between the songs it does not matter much as they melt together nicely into a big black nekro ritual.

The sound and feeling here reminds me some of Hetroertzens album "Exaltation of Wisdom" which is not a bad thing.

It is quite a long album but nothing really drags out...rather you get dragged down into the void. 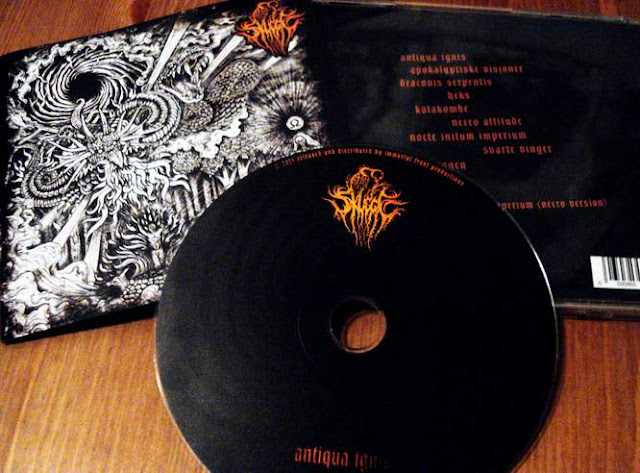 The production is a mix of spacy raw layers but all parts is at the same time very hearable. Effective in other words.