After their band logo had caught my eye their existence kept floating around in my murky brain and when i saw that they had released something i jumped at it straight away!

As their logo promised (for me at least) music that was something else, something that whispered in my ear that this could be good in some kind of exotic way i also got more or less what i felt & hoped for, the members Komos - Bass, Eidolon - Drums, Erebos Shroud - Guitars, Tyrant Lykaon - Vocals have created a band based on The Darkside of Greek Mythology, Werewolves, Pagan Life and Death... i am no big expert but the topics in themselves are pretty exiting for me and it fits their cool logo with ease! 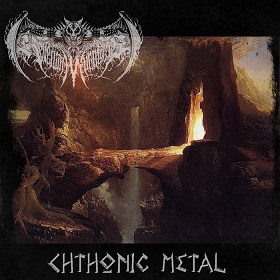 Their music is label´d as Black Metal but i feel thats a bit too simple to describe it, what i hear is a quite wide mix of inspiration like early heavy metal and speed to early death & thrash but also they have an (as a whole) a full flexing theatrical sound not too far of like some late 70´s/early 80´s progressive hard rock bands had but not in the choice of instruments/sound but in the dramatic compositions and build ups.
Some nice tempo changes and each song has many engaging parts molded into them with a dynamic touch. What could be argued is the most "Black Metal" here is the good (and quite articulated) raspy/croaky vocals (i had a bit hard to swallow the clean sung parts though) and the guitar sound other then that Revenant Vrykolakos have succeeded well in creating their own unique sound.

The only thing thats not directly good here is the production (a bit uneven and thin) but that is nothing strange when its a self release and all but when they (and they will) get signed to some smart label and get a proper mixing and mastering all their strengths will surface for sure!

All in all a intriguing debut that leaves its claw mark and i look forward to their future releases! 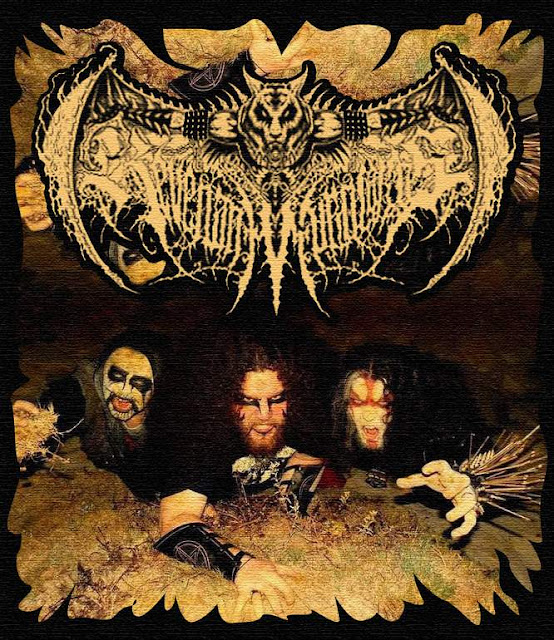 The photo over here is old and one member is not in the band but i keep it as it is a cool pic. under here is an updated photo....just as it says on it. 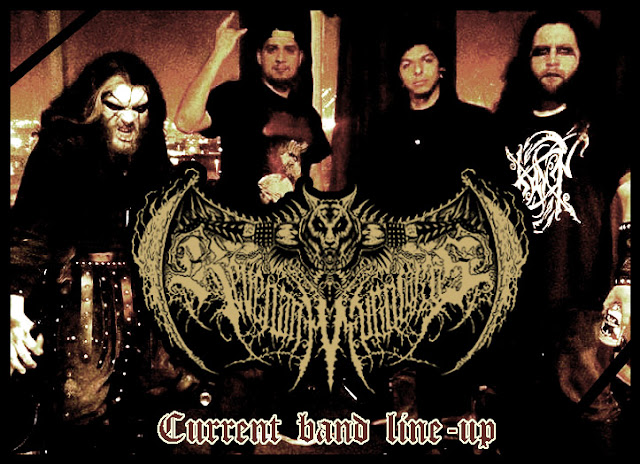 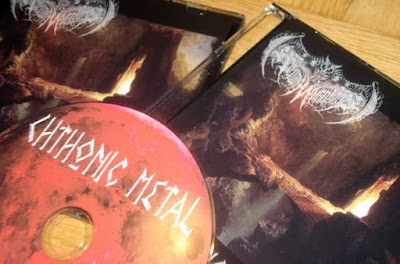