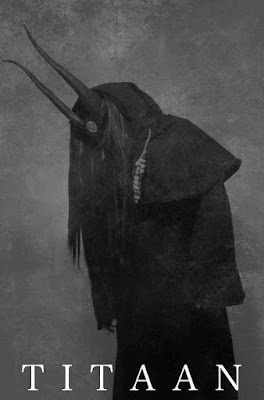 1.Hailz and greetings Lalartu into the realm of RAW WAR!
How is your day in the unknown place you live in?

L: It doesn’t exist any known or unknown world where I live; my soul comes alive from my own anguished mind, which is master of my own self but at the same time slave of the eternal debate with the universe.


2. As you seemingly  have chosen to be as anonymous as you can for the public i think i can ask you though about your way into this world occult Cosmology, Cosmogony, Ancient Mesopotamic Beliefs and i feel that it is quite heavy subjects so some kind of study is needed i guess, have you learned about some of this through some school courses or just by your own.

L: Culture and knowledge are in front of us and for us, you have just to comprehend and make them yours. Ancient texts and readings are able to satisfy whoever is thirsty for knowledge. Just, you should want it. No courses, exams or diploma could offer you the key to communicate with our subconscious and the entire universe, which has created and wraps us.
Be 100% anonymous is needed to guide the listener, specifically for the case of Kadingir is needed to guide through an intimate, spiritual, magical, occult and personal message without having to combine all this to a specific face or to a human being coming from somewhere in particular. Nobody has the talent or is allowed to embody with his own real figure, all that such an ancient magic professes and the huge energy coming from. Talking about anonymity, few weeks ago I noticed that a couple of webzine, obsessed from the need to discover by force my nationality, decided to review Titaan as an Italian product, maybe because my label ATFM is precisely Italian, rather than specified that the project has unknown origin. This has caused a kind of little viral chain reaction on the web, which sees now Titaan as unreasonable an Italian project. In my opinion, everyone can decide by its own to locate me in USA, France, Italy, Mexico, Russia, Sweden… the message will not vary. It’s Kadingir!


3. How was the process to transform your knowledge and thinkings about this into music?

L: Firstly I think it’s all experience enhanced during the years with my previous bands and the bands I’m currently part of. The remaining is created from my vocation and the will to express concepts and thoughts after translated into music. It’s a mixture of sensations, emotions and fascination developed thanks to the knowledge of the most ancient Occult.


4. Your debut release & full album "Kadingir" has just recently been released through the Italian label Aeternitas Tenebrarum Musicae Fundamentum (Arvas, Forgotten Woods, Kommendant etc.) How did you come in contact and are you satisfied by the end result? 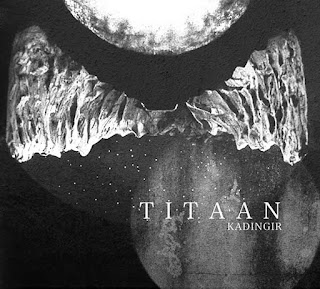 L: I’ve been immediately impressed from their genuine message, highly elitist and exclusive and totally distant from everything might be considered mainstream. The music proposed by each bands of their roster, is solely valued, without any kind   of deception or stereotipe. Here is the music to be worth! When Atmf decides to sign up a band, it totally trusts the band and does not interfire in any way within the artistic message express and the line the band decides to follow and honorate. 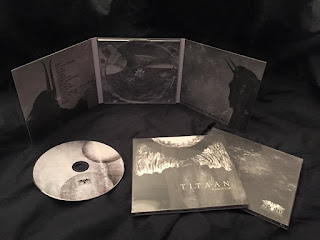 5.Your album is really a giant clocking in at around one hour and eight minutes with 16 tracks. was it hard to get the dramaturgical overview as you wanted? i mean with such heavy interior the exterior must be pretty firm to hold it all together.

L: The writing of Kadingir has been simply what I wanted to communicate and describe about my dark and emotional side related to the whole Ancient Esoteric, Occult and Magical side of which the entire full is soaked. It’s such a private and intimate deeply rooted in my soul, mind and heart. A very dark and tortuous journey but at the same time also merely and intuitive for anyone sees and thinks like me. I don’t think it was pretty firm to hold but surely it was intense and real.


6. What can you tell about the tracks: Nis Ilim Zakaruh , Magururnuabzu  & Kuan ?

L: Kadingir is a whole. It’s a full that can’t be described only through single tracks, but it is an unstopping journey from the very beginning till the end. It’s then not possible to describe you just three tracks because they are part of a whole. I can instead turn the question to you  and asking to describe me your personal decoding of the message as pure listener.


7. Ah and dear old planet x/Nibiru! What is your belief about this twelfth planet and quite intriguing news about its existence came out recently also but from what i understand they have know about it a long time...
L: Nibiru is precisely what its name means in Akkadic: point of passage and transition. Recently, the name of the Twelth planet, based on cuneiform texts, seems it can be designed any celestial body able to sign the Equinox position, but it’s not this version that I trust. I instead  believe in classifying the Sky in Seven slices on the Celestial Equinox, where each of this is dedicated to each of the Seventh main Annunaki. In addition, we have to say that the Vernal Equinox has moved for centuries along the elliptical through the seven slices in which the Sky is divided. Each of this crossing segment is equal to the Earth diameter displayed on the Moon exactly during the Eclipse multiply for three. Nibiru is actually the crossing segment that doesn’t belong to any of the Annunaki , letting the Gods to be free to descend on the Earth.


8. Is there plans for some kind of live ritual? Can you find some live members if that was to happen?

L: I have been asked several times to play lives, even with members of other bands, but Titaan was firstly created as one man band in which Lalartu is the only Herald and it will die with him.


9. Is there some news that you can talk about for the future of TITAAN?

L: I am actually writing the Second Chapter of Titaan, which already has a title that will be revealed shortly before its still unknown release. I am also working to the side project Diĝir Gidim together with a second anonymous member.


10.Thanks for your time! Last word is your.

L: No thank you for your time and interest granted to the Titaan project. 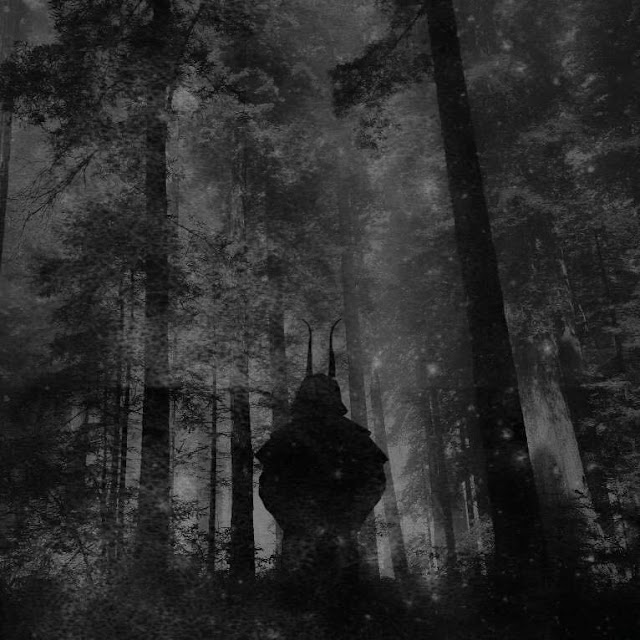