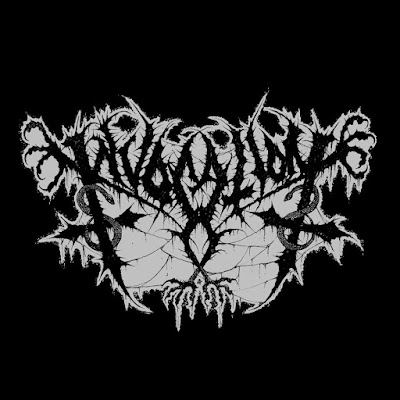 1. Hailz & welcome into the Swedish realm of RAW WAR!

-Ave!, thanks to RAW WAR and all the readers for the interest in the band...

2. As INVOCATION came into the light this year i guess you started this entity last year or earlier? What was your ideas and thoughts behind INVOCATIONs existence? And  how did the members meet?

-INVOCATION is born in 2015 composed by 3 black entities, very old friends with clear ideas…
in our first rehearsal we downtune our guitars/bass and the first track “Devout Effusions” born immediately...

3. First you released the single "Emanations" with the extra track Hypnosis(is this the same song as on the demo?), was this self released and can you speak about why you choose this tracks and what the lyrics is about?
I guess the name speaks for its self... 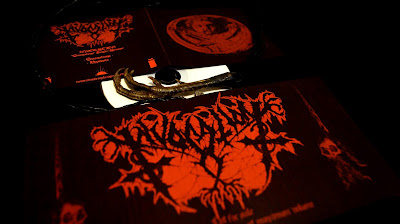 -You're right it's the same recording and it was distributed "for free" around all the interested people
(obviously financed by us), we sent packages to Germany, Greece, Poland, France, Italy, Mexico, Canada,
Brasil, Perú, Bolivia and almost all Chilean cities, as our first advance tracks we wanted to show our
deep and morbid sound, "Emanations" it's a simple Black/Death track with an excellent atmosphere and
chorus with lyrics about the gates of the deep abyss and the despair in which we are, for other side
"Hypnosis" is more complex in terms of composition with a lot of changes and slow/fast parts with
nice vocals and lyrics about a possession through a médium in a spiritual ceremony "Face to face,
across the knees, unoccupied, Bring the sign, through the night, mystifying, ... Indicate your presence..."


4. The 4-track demo "Seance Part. I" was then released by Godz ov War Productions, how did you come in contact and how is it to work with them? What can you say about this first complete demo? Who did the logo and cover art?
Really great ones! 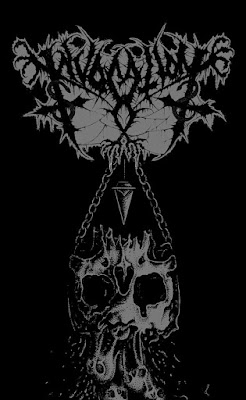 -Godz ov War did the first contact a couple of months ago, the idea of work with a foreign SERIOUS label was a priority for us, so, we choose this Poland Label for release "Seance Part: I" immediately, we have a very good communication with GoW in all the aspects and we are very thankful for the edition, we had a few setbacks but everything it's OK. I can't say anything bad about this demo, it was sold out very fast, so, right now we're working on our next ritual...
The logo was made by the master "Daniel Corcuera" (Slaughtbbath) from a sketch sent by us, as always, he did a fantastic work... the cover art was made by Mike Lawrence, he is an unknown artist for Death Metal covers, but at that moment, we wanted a simple drawing (with pointillism techniques) and clearly, he did an
excellent work in very short time, AVE!!!!

5. There is pretty much metal activity in Chile but from which background do you come from? Have you been into death all your life or also other music? Is there some good band from your city?

-Sure, the Chilean Metal is in very good position and was a consequence for our true essence and compromise with the underground traditions, we take this very seriously, I'm a fanatic of the traditional metal, specifically the Black and Death Metal sound and all the underground arts, I have 2 fanzines (since 2009), a distro and a lot of more things, so clearly this is not a trend for us... I can recommend some good new bands of the Chilean underground acts like Malignant Asceticism, Scientiam Templum, Black Beast, Verbum, Devotion, Buried, Putrefactio, Violent Scum, Black Ceremonial Kult!, Insurrexion, etc.


6. And how is the general life standard where you live? Is it hard to both stay alive and be active in a band?

-At this moment i am in an obscure trance, i don't care what the people do or say, and considering the actual
socioeconomic status of my country and south America in general, obviously is hard to stay in a band...

7. Have you plans for Seance Part. II?

-Yes, besides the ”South American Version” of Seance Part: I demo, We’re planning a Split and a 7” EP for
early 2017 (probably with 2-3 songs), so we have a lot of work to do… hope this material bring us a lot of
gigs to show this morbid sound in all the possible places…


8. Please speak about the "South American version" of "Seance Part: I"

-We have an agreement to release ”Seance Part: I” in pro cassette (200 copies) through Destruktor-Records from Perú as a ”South American Version”, this will include two exclusive tracks called ”ZoZo (Instrumental)” and
”Medium”, this will be out the first days of September 2016 a.b.


9. Will it be INVOCATIONs first live ritual when supporting the Black Metal band AMMIT on their "Tour of No Return"?
What can you tell about the other bands playing this night?

-For now, yes, that gig with the legendary AMMIT will be the first live ceremony, so INVOCATION will be the rookie band haha!, about the other bands i can't say much, but i like Invincible Force a lot their last album it's a blast!
Pure Southamerican Death/Black/Thrash Metal!!! and Henosis has a nice live show with chains and black veils, so expect pure hypnotic darkness!!!!

10. Thanks for your time answering these questions!

Thanks for your interest in the band, mors vincit omnia 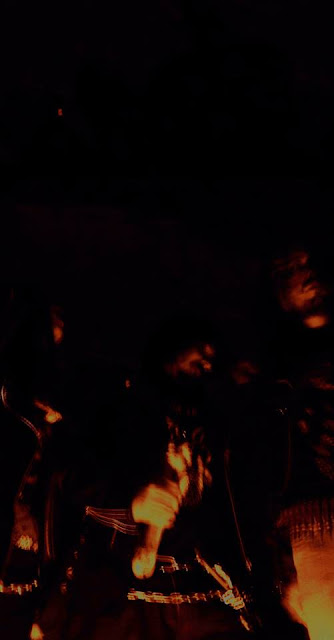