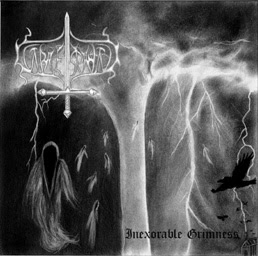 I got this Ep the same time as i got the "Infirmos Vocat Deus Fidei" 4-way split so these two releases was my very first time i heard Gravespawn....first before more research i was about to start the review saying this was one of the best new black metal bands from USA but then i saw they or him should say as it started as a one man project have been active since 2004(had already 3 demos, 1 album and one split under their belt)...so yeah felt a bit dumb there hehe.

Anyhow back to the music! The sound is a unholy mix of grim medieval grand black metal that could just as well have been released in the mid 90´s BUT that glorious history does not swallow them up instead they continue on that hateful legacy with pride and integrity! 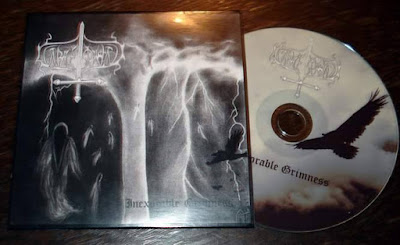 (this only the promo version)

As i said in the start this is the only music i have heard from them so they might sound different or is not as good as now but this Ep (and the split that is just as great!) is worth hunting down!

Really strong and quite varied melodies and atmospheres, the guitars compositions is filled with strong tunes and the drums is  fierce and the bass is filling the night air and the raspy vocals round things of just right! Production is solid i think... i also got some strong Drowning the Light - From the Abyss vibes here! And that is a great thing in my book at least! This is a cd that will spin many moons here in the crypt.

A very tight and engaging release that encapsulates the great ancinet evil!
...and i look forward to the next release a whole lot!