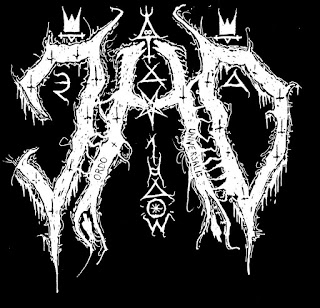 1. Greetings and welcome into Swedens underground!

-Hails !!!
I am honored to have the opportunity to do this Interview...


2.Let us start at the beginning, IAD got birthed around 1999, how was that time in
Germany for you regarding the local Black metal current? And was it all four of you from the start?

-The local BM scene was a false scene, with many betrayers. All the kids enjoyed the wave, the trend, so over the time the real spirit, ideology, the real essence of BM got lost and was to 90 % the filth. ADD and Mr. Blasphemy are from the start.


3. Regarding the bands lyrical content how would you describe it and would you say creating this type of music and art that you have become a stronger individual?


-In our lyrics we are Worship Death and pure Chaos! A journey in the realms of nihilism, pure hatred , intolerance, darkness! All weakness from Mankind must perish and among them all religions....

Yes i have become a stronger Individual..I Am I Will I Create!

4. Did you or have you ever played live with IAD? if so how would you say your experience have been?

-We have one or two gigs in our rehearsal room at the beginning and there we released and performed our demo within of a circle from best friends. Than we performed a gig, I think it was in 2002 in Salzgitter with The True Frost and DNS.. It was a new Experience.

5. How was it to do the first demo "The 6 Precepts of the Diabolical Deluge"? And what is your connection with the Hatework label?

-Very special for me in personal. It was my first Release ever i was involved. Wrote my first lyrics , create music with Komrades they have the same Attitude like me. Great Time..

I start Hatework in 1999, as small Distribution Mailorder/ Label, also doing some Interviews with Bands like Black Witchery, Sombre Records, Incantation...And support Bands i like , like Katharsis, Judas Iscariot, Moonblood..After some years i closed Hatework because i was not feeling like a part of the Underground Scene anymore. To .much ,, untermenschen,, who poisoned the Scene. Now in 2016 i am back to Release everything of IAD under the Hatework Banner.... Some other Stuff is planed as well...So awaiting the coming storm of Hatework!

6.Then it took some years the 7" "Die Prophezeiung" got out on Fog of the Apocalypse Records. Had your sound changed from the first release to this? really like the cover artwork, who did that one?

-Yes, Lord Asgaqlun from Fog of the Apocalypse Records, because he founds our songs and artwork from our demo "The 6 Precepts of the Diabolical Deluge" very absorbing, so he was interested to collaborate with us and he decided to released the 7" on his label,= I had a exact vision the put this demon on this original engraving, so I´ve asked a very talented guy if he can draw this demon ... job done. Than Occult Overdose, our next guitar player on "penitentiam agite" miniCD and the actually , who has found the engraving pic in his books collection, did the layout for this great 7".
A great merit!!!


7. The after some years again the "Penitiam agite" mini cd got released from Fog again i think. That cover art is from some old painting but i cant really remember which... looks great and fitting! By now IAD had been active for around 7-8 years, how was the feeling in the band then? and had members other music projects? 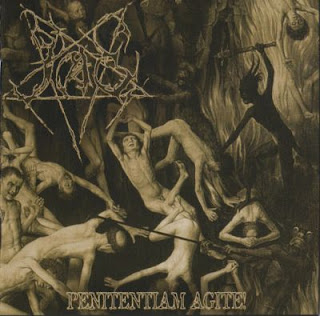 -It´s right, the "Penitiam agite" mini cd was released from FOTA. The cover was taken from the artist Hans Memling.An idea from Occult Overdose, and Arild A great artist and the painting fitting perfect to our music and art! All from us had sadly differently ways to go, i much more than the others, but after 7 years and one discurssion, we decided to continue. We have other project too, one of thereof will be a surprise.

8. How would you say your spiritual beliefs look like, do you walk some left hand path?

9. Your new 7" was great i think (the review can be found not far under here) but tell me about your goal with was? 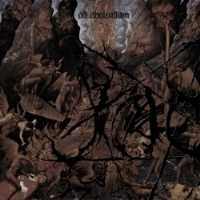 -Create Raw Black Metal Art of the utmost intolerant, hateful and arrogant essence. Not for Die Hard Metal Maniacs, not for the masses. Just for us and the True Radical Underground! 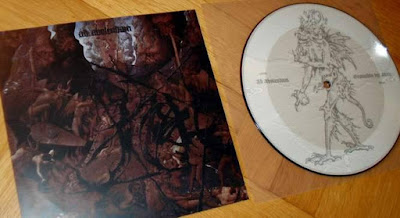 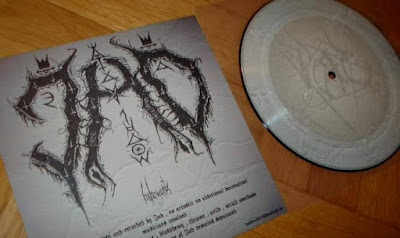 In my opinion vinyl is the best medium for a Black Metal release. I am not a big fan of this digital/bandcamp stuff instead I prefer vinyl and tapes. So it was clear that we release the songs on a limited vinyl edition.
The way it meant to be....

10. Thanks for your time! Last chant is yours!