The lifechanging events in Hoaths life that happened in around 2010 is evident in
this piece of art called "Nightside Emanations", the serious tone that run
right through all the tracks here levitates the album above the rating "great"
to "really great"!
There is no hesitation about the "true" nature of this record.
(not that there ever have been any reason to hesitate.) 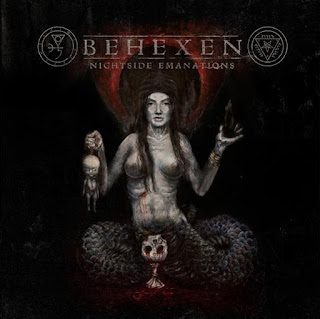 It is a very focused concept about worshiping Lilith and embracing the end of
mankind, all the songs feels more or less like spellchants to evoke and open
the serpents gate etc. It has an epic & vengeful feel to it but with some hints of grief....

The production is more fat and round then the older Behexen material (the older is more
highpitched sharp and disted) but it works well, this typ of  production is maby even more fitting
for this grand content... 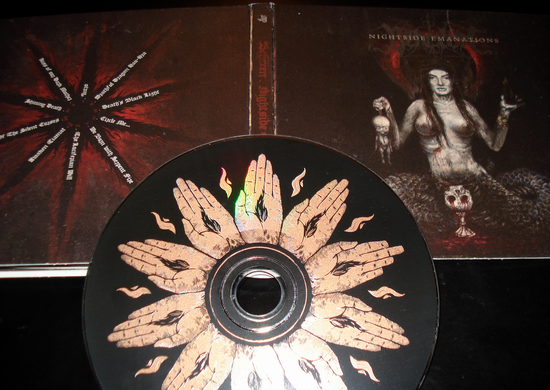 Many songs has traditional Behexen vibes in it but they have inserted some new
interesting tones and rythms. The singing is great with a dark but brutal rasp to
it, it is like Hoath has been drinking strong booze for like 20 year in a row. There is also some clean chantings in the background to underline the feelings and reasons of certain paths.


Even if this album is a bit dense (in a good way if you ask me) there are some rocking tracks that stands out like the third song "Death´s Black Light" or the melodic  "Awaken Tiamat". 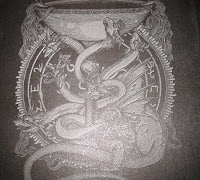 ...i have some strange feeling after listening to "Nightside Emanations" that
this could be the last Behexen album.... or is it just a new door thats open and the old Behexen is gone? 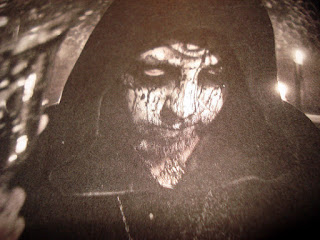