From Kempen in Belgium comes this group with strong nighttime devotion, this first release from them is an promising start but i think they will reach their gruesome goal on the next or the album after that... 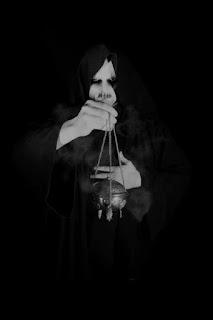 First thing that is one of the most important aspects of this kind of music is that one should be able to  take it serious and on that "thing" they manage very well.
The other is the music itself and its here where it feels like Adustum will evolve and get better and more interesting in the future.
Dont take me wrong because everything is well played and there is a lot of dark tension which is great but it feels like the quite long songs lose there "meat" after a while. maby they just should had made them shorter? i dont know but i put my trust in them in realising greater rituals in the future. 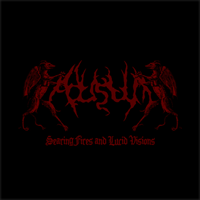 Track 3 is has this problem the most but then just when you start losing your "faith"
The last (4) song starts and it is awesome! Damn did they put all the power and effort on this one?! One could think so! It has many interesting guitar landscapes and interludes, some neat drum blastings and a big plus for the percussion intermission-bridge! An epic and strong song.

As i said Adustum will grow and grow fast, they show many furtile seeds in this debut! 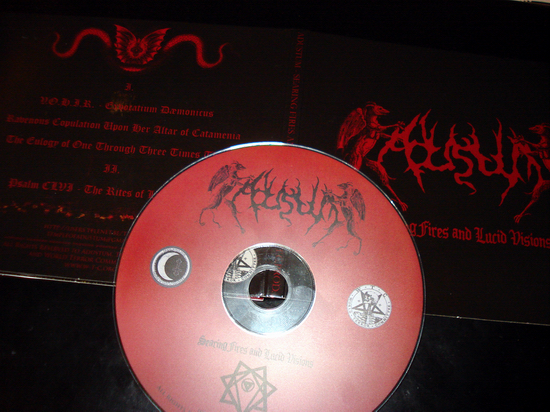 Maby some time in the future we will see a "QlipFes" where Ofermod & Mephorash & Adustum (and many more) play side by side? Who knows? ;)