If i should point one "wildcard" in Hornas huge line-up of releases i might point at this album "Aäniä Yössä", if you have not heard it and wonder why i should first mention that this full-album consists of only 4 songs and the last one is around 21 minutes long! So yeah this album is not constructed as usual and therefore demands an extra mile by the random listener.

It is not the first Horna record you should hear if you want the classical Horna experience not because its bad (it is GOOD!) but because of what i mentioned here above, sure Horna has an long and diverse sounding history but they usually construct ther work in a bit more traditional manner. (for the genre) 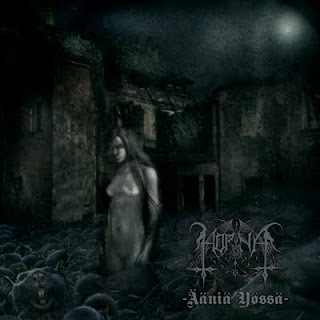 Ääniä Yössä was released inbetween  "Envaatnags Eflos Solf Esgantaavne" and "Sotahuuto" in the year 2006, the concept in focus here is the black plague that killed enormous amount of people back in the day and as you hear in the opening track the disease carrier rats chipping & chirping as the invade one city after another.

It is an ugly mid-tempo work Shatraug and Corvus have painted for us and it is a somewhat hypnotic in the last part where one get illusions of corpsfilled streets and how humanity is on its knees begging without any answer or help.
Beside the uglyness it is also a bit depressive and claustrophobic journey one take under this 43 minutes, it can sometimes be a bit to repetitive but they manage to make it work somehow anyway.

Corvus singing is great but it is extremly broken and raspy though i like it some may think it is a bit to much.... 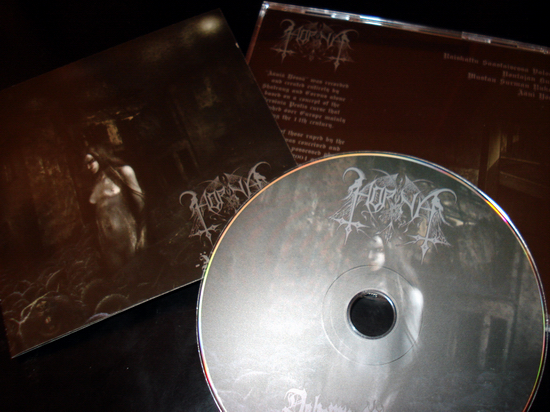 Soo to the final verdict! (OMG!) he he...
Yes this is a good but not great record, they succeeded in resurrect the filthy & deadly plague feeling and one can almost smell the rotting flesh of death.
The negative points is some tiresome parts and it could have been a bit grander in scale but as a "slice-of-death" kind of vision this works just fine.