It all starts of with a nice moody organ composition that sets the tone just right for some... 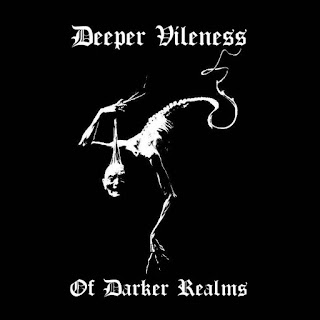 The classification of this band would be something like dungeon raw black metal noise with a mental twist.
The tracks consists of both what it sounds like more or less improvised guitars, synths, pounding drums and echoing screams and witchy gnarls that floats in and out of a void, i feel it has enough of strangeness and disturbed fits to become an own entity and not someone that just fucking around.

The production is pretty evil and in your face and does not take the back seat like some raw stuff which is nice, you don´t have to concentrate like a hell-ear to hear whats going on in other words.

Like a unrestful morbid soul it slithers around, no rest or home for it exists or perhaps this very chaotic limbo is just that...home. 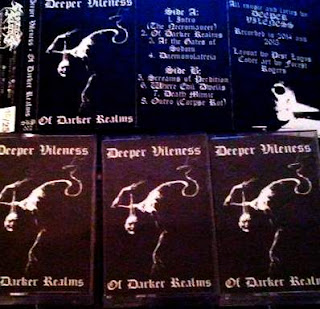 Both ritualistic and primitive this is and it fits perfect for a tape release as you see here.
Lets see how the next offering will sound like, if  Kadesh Le Morte & Lord Havoc will evolve this vile ideas that birthed here and put even more meat on the bat wings....time will tell.

3.At The Gates of Sodom