A new spasmatic corps has come out of the Norwegian wood(worm)work called Wendigo! 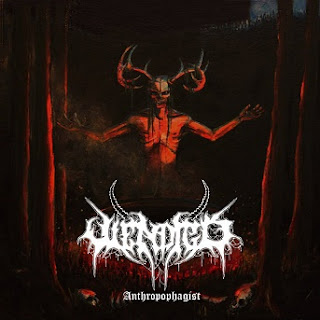 This cannibalistic spirit has finally gotten a good album with its name on it... i mean just google Wendigo and check its musical projects attached to it and you see (...puke) so this is more then welcomed!

First that hit you is the fat rock sound, this is like Entombed dipped in some blues founded horror rock then digested inside a big foots unruly stomach the pooped out into a trashy psych ward... or in their own words    -  Blackened Horror Thrash Metal -
Back to Entombed inspiration i would say its from around the Uprising time but scraps away some of the more extreme rock & roll swings that record has and infuses more raspy ugly sound, even some of the earlier tracks here makes me think of some Hardcore"ish" sounds both from vocals and compositions, not much but something like Cancer Bats. hehe

Yeah so those whom only wanted more black metal from Kvalvaag can look elsewhere.

A nice debut album that is easy to get into and works well with booze or whatever your choice of mind alternations is. 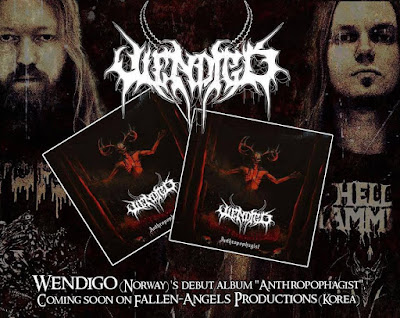