Here we have the fourth full album from the Iranian artist Sina, i dont know anything abut this project besides that the man himself busted out of old Iran to spread his black wings and crossed the seas over to Norway! Good for him that he now can create black metal without his life hanging on a blood coagulated cotton string, can´t be easy to live over there that is for damn sure. 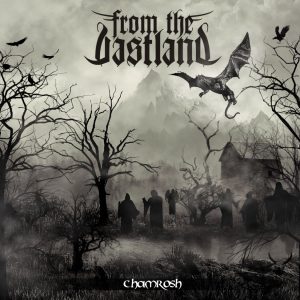 Anyways with that exotic background one should be entitled to anticipate something above the run-of-the-mill metal music...and that is also what we get!
It is a blistering album that thunders ahead over and away and eradicate all in its way!
It is a very ice cold guitar riffing and punishing blastbeat fest here (even some nice bass parts is present!) and no one is allowed to leave the table until they are bloated and dead!
It has many great riffs and melody structures through out but i think my favorites is in track 1,2 and 5, very head bang inducing music but banging in a more serious way...if that is possible hehe.

Sinas vocals is strong and is in that throaty and raspy style but he also do some nice variations here and there. His side kicks on this album is no new comers as they are Tjalve ( Den Saakaldte) and Spektre (Keep of Kalessin) and they help out with some bass and drums....and their own main bands is also an indication of From the Vastlands own soundscapes.

Besides from this tight and hard hitting black metal assault the lyrics has an extra allure to them as they dont just deals with the regular satanic stuff but instead focus on Zoroastrianism, Mythology of Persia & Mesopotamia...and i cant say know much about this topics so it even  feels educating to read along. 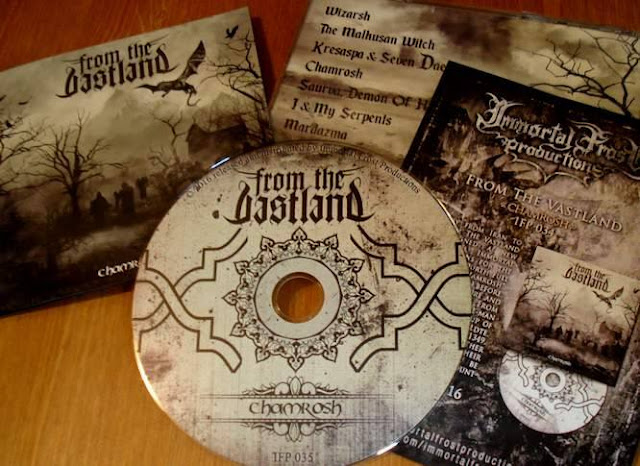 Impressive album! ...And from what i heard his previous albums is just as good.