Today it is time to crawl to the land down under and encounter some slaughtering death metal!
"Where women glow and men plunder?  Can't you hear, can't you hear the thunder?  You better run, you better take cover!" 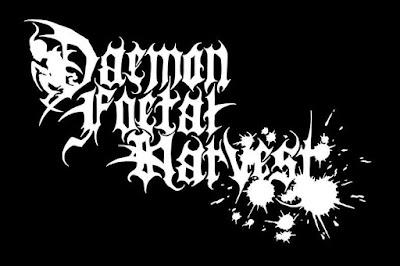 1. Greetings! Welcome to Sweden's creepy soggy crypt!
How is your day in Wollongong? Sounds like you would live somewhere in Asia...

-Thanks!
It's a great day down under today. Wollongong is actually an Aboriginal name meaning "Five Islands"
which are located off the coast here about 100 kilometres south of Sydney. I went to one of them once,
it was completely covered in bird shit. Pretty sure I'm not going back out there ever again.
Who would have thought you could name a town after 5 piles of bird shit!?

2. Let us start with the formal stuff first, from what i understand the band started around 2006.
How did you guys found each others and what wear the initial goal with this project?
And from where is the band name from in X-Files? One of you has past experience being a
member in the great Pestilential Shadows i know but what other bands do you come from?

-Ten years ago the Death Metal scene was quite dead out here so a couple of us decided it was time to try
and change things. We got the name from an X-Files episode but to be honest with you I'm unsure if I've ever seen it. There is a sample from the episode at the start of our first album "Where it Dwells".
It took a while to get the full line up together but by the time we did we went straight into the studio and did the EP. At that time our drummer Daniel was also playing in Pestilential Shadows but he left both bands shortly after and relocated to the other side of Australia.
A couple of years later Chris joined the band after leaving Pestilential Shadows.
Chris had also previously been in a couple of other bands (Battalion, Secratain) with our vocalist Craig.


3. In 2007 the debut release the Ep "Abducted and Compacted" was released.
How was it to work on this? Judging from song titles and in that order they are in it seems like it set up like a neat little horror story. It starts off with the abduction then over to the actual nightmare experience of the victim then the body is dumped in the mangroves. And as it is quite usual for serial killer to come back to their dumpsites and have fun we have "Anniversary Rape"...then eats the last rotten flesh as a climax? 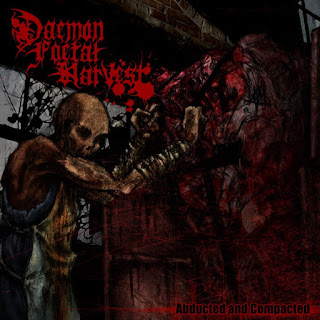 -I've never really looked at it like that but it is an interesting take on the EP.
Our vocalist Craig does the whole lyrical and theme side of everything but he always does each song as a individual story.

4. Then it took like 4 years for the first album "Where it Dwells", what made it take such a long time to create it? Did Life in general come in the way or just being very meticulous? The cover here was my introduction to you guys and it is smashing! Both quite original and stunning finish. Like a picture from a extra evil adult fairytale hehe. Who did the art and what can you say about the album as a whole? 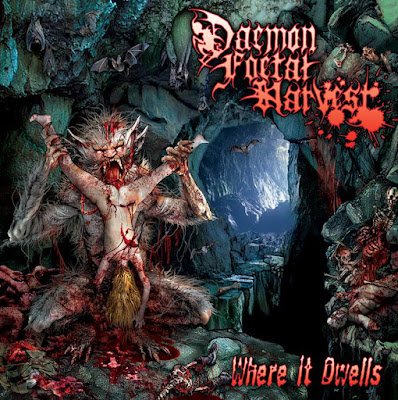 -Life in general has always kept things rolling a bit slower than we would like but there's always a few other detours along the way. After the Abducted EP was recorded our drummer left and we spent about a year looking for a replacement. We got a drum machine and went on with it until we found another drummer. We spent a lot of time doing gigs after that, it seemed we were doing a few shows every month. Once we started the recording Where it Dwells it took us almost a year to complete because of busy schedules with work,family etc. and we also changed bass players during this time.

For the artwork we used Mike Hrubovcak (visualdarkness.com) and we were all very pleased with the outcome. We contacted a couple of other artists beforehand but they didn't want to get into the whole beast eating a woman's crotch thing so we then found Mike and he certainly captured the vibe of the album! Overall it did turn out well and we've had great feedback on it for what we put into it but there was only a small budget for that album but with the extra resources I think we could have brought the production up a notch.

5. Another 4 years for this new second album "Beasts of Tribulation" hehe.
How was the time leading up to this? You were out playing some gigs i understand.
Any special memories from your live slaughters? And as there was some time between the albums i guess you as a band have evolved, in what ways do you feel "Beasts of Tribulation" differs from the last one? 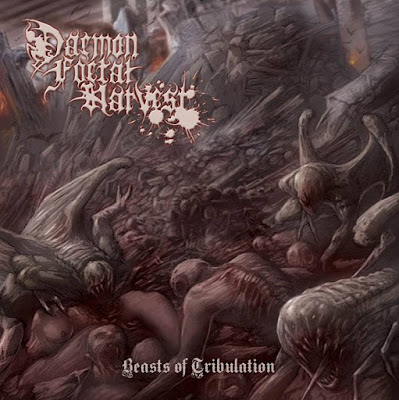 -Once again drummer problems.......... We actually changed drummers twice during this period, the first was right after the completion of the Where it Dwells recording so we did the tour for that album with a different drummer. We did a heap of shows and the two that have stood out was supporting Obituary and Aborted/Psycroptic.
It's always more rewarding when playing in bigger venues with larger crowds.
After that we slowed down from the live side of things to work on writing unfortunately things didn't work out as well as we would have liked so we found another drummer for the next album Beasts of Tribulation. We had a better budget for Beasts and I think it certainly shows when you listen to the album. I think we managed to step things up a notch on the brutality side also which was something I didn't find with Where it Dwells.

6. As your main focus in lyrics is "gore" i guess you have some favorite horror movies?
If you have not seen them i strongly recommend the two French modern classics Martyrs and Inside.

-To be honest I'm not much of a horror movie fan although my girlfriend of 20 years is so I've certainly seen quite a few in that time. I do prefer the classics though Exorcist, Omen etc. I'm a bit over this new way of CGI shit though, it leaves very little to the viewers imagination which is what I enjoy most.
I'll definitely pass on your recommendations!

7. Yeah i dont look fondly at CGI either! What is in store for the bands close future plans?

-We don't have much coming up so I think it is time to do some song writing.
Who knows we may get next album out sooner than the others took?

8. So the end is here. Thanks for the time answering this little interrogation.
Last word is yours!

-Thanks for the interview!

You can find more on Daemon Foetal Harvest at our Facebook page-
https://www.facebook.com/daemonfoetalharvestofficial

or our Bandcamp page where you can stream or buy our music
https://daemonfoetalharvest.bandcamp.com/ 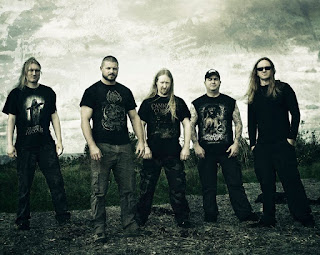